On January 27, In solidarity with First Nations and Attawapiskat Chief Theresa Spence, Ohlone and other individuals of Californian Native American ancestry held a flash mob in San Francisco at the Westfield Mall to show support for the Idle No More movement.


About 100-150 people joined Ohlone activists at the Westfield Mall on a busy Sunday afternoon. At the flash mob, people prayed and shared the songs and dances of, "the People of the Roundhouse, Earthlodge, and Dance Pit," and the Yelamu were honored.

The Yelamu were the tribe of Ohlone Indians that inhabited a variety of locations within the SF area before the Spanish mission system was established.

The singing and dancing inside of the mall lasted for 10-15 minutes. To clear people out, security used a bullhorn, at which time the group moved outside to the front entrance and then across Market Street to the small square near Powell Street, where they continued to sing and dance. 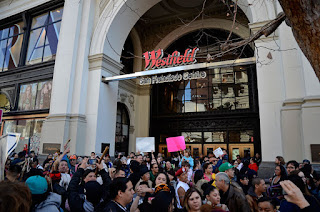 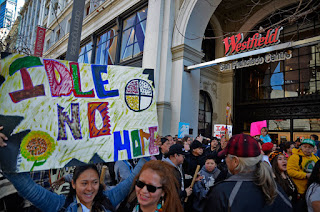 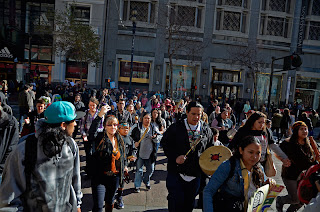 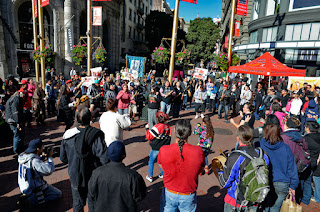 Speakers in support of Idle No More, after the flash mob, included Corinna Gould and Norman "Wounded Knee" DeOcampo.

Gould, who is of Chochenyo and Karkin Ohlone ancestry, spoke about how it is not only important to support the efforts of First Nations in Canada, but to also bring that energy a efforts to Ohlone struggles here in their own communities, where most tribes are not recognized by the government.

"We come and stand together, and we dance our songs, and we sing our prayers, and we stand in solidarity with our brothers and sisters, but I ask you this question, 'What are you going to do, not to idle anymore?' How are we going to stand together not just for their treaty rights, but for ours as well. How do we become people that are recognized on our own land? How do we become those people that are standing up for the next generation? I am so thankful that young people are coming out in all sizes and shapes. I am so thankful that the women are coming forward to Idle No More. It is time that we took our rightful place as women of these Nations, to remind us what our jobs are, who we are supposed to be, and what our original peoples have been. It is time for us not to 'Idle No More.' It is great that we show up and we stand together in solidarity, but is is even greater that we go to our community and we remember that we cannot be idle there either." 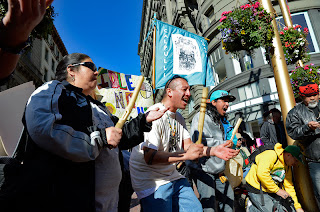 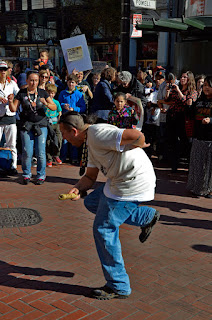 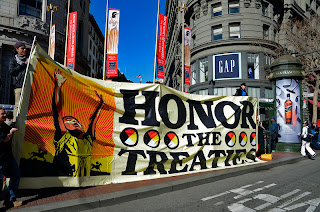 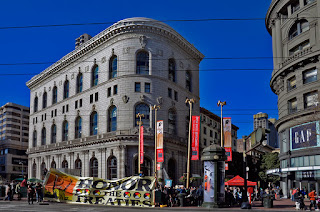 Solidarity actions to coincide with the Canadian governments return to parliament were called for January 28 by the founders of the Idle No More movement in Canada, who also, according to their website, "support and encourage grassroots to create their own forums to learn more about Indigenous rights and our responsibilities to our Nationhood via teach-ins, rallies and social media."

The Idle No More plan of action, "calls on all people to join in a revolution which honors and fulfills Indigenous sovereignty which protects the land and water," and further explains that, "Colonization continues through attacks to Indigenous rights and damage to the land and water. We must repair these violations, live the spirit and intent of the treaty relationship, work towards justice in action, and protect Mother Earth."

The Idle No More movement was founded in November of 2012 in Canada when the government there introduced Bill C-45, which severely reduced environmental protections to waterways on indigenous lands, and was accelerated when a hunger strike was undertaken by Chief Theresa Spence. 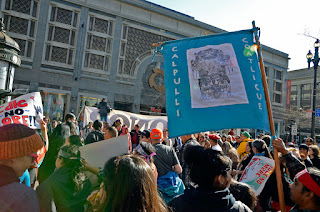 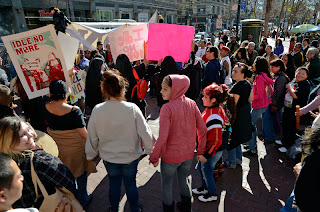 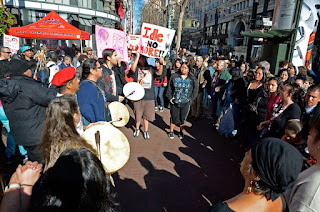 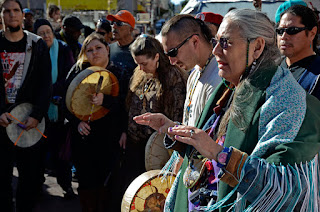 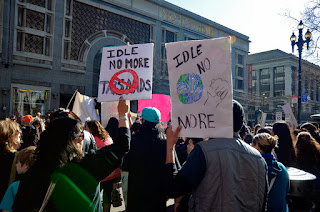 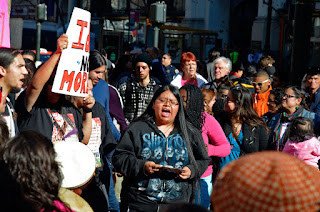 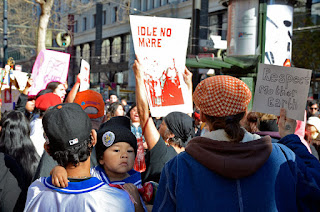 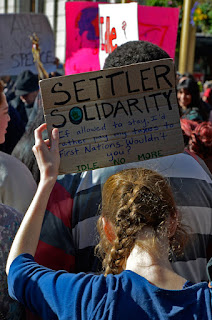 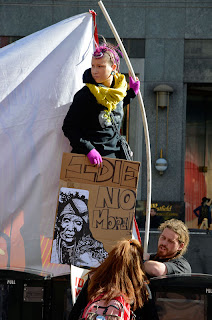 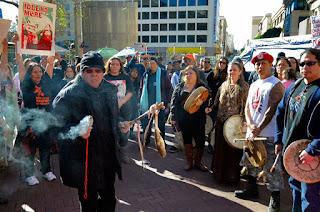 Posted by Alex Darocy at 5:44 PM No comments: