On December 13, community members in Santa Cruz joined people across the country for a national day of protest against police violence. The focus of the protests have primarily been on the police killings of three black individuals, Michael Brown, Eric Garner, and Tamir Rice, which all came to national attention in 2014. After a rally at the Town Clock, demonstrators marched down Pacific Avenue to the corner of Cooper Street where a die in was held for 4 1/2 minutes, which represented the 4 1/2 hours that Michael Brown's body lay dead in the street after he was killed by Ferguson, MO police officer Darren Wilson in August.

As people laid down on Pacific Avenue, a large crowd formed, speakers were heard, and traffic was stopped. Demonstrators also stopped traffic during a short rally at the corner of Pacific and Soquel Avenue, and then again on Ocean Street in front of the Resource Center for Nonviolence (RCNV), which was the ultimate destination of the march.

At the RCNV, organizers of the demonstration gave a presentation titled, "White Supremacy, Violence and the Criminal Justice System." 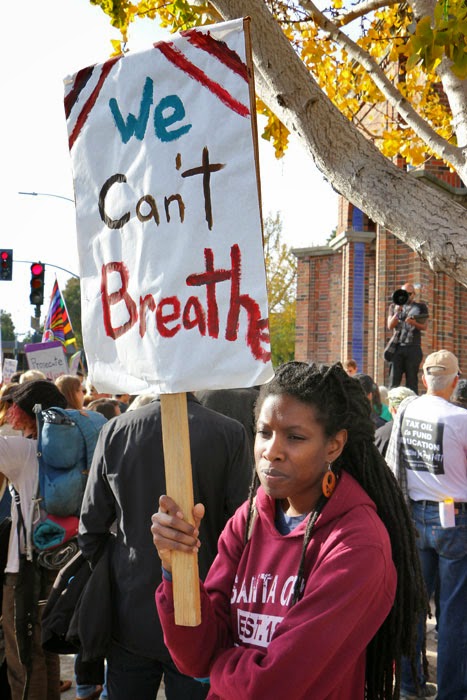 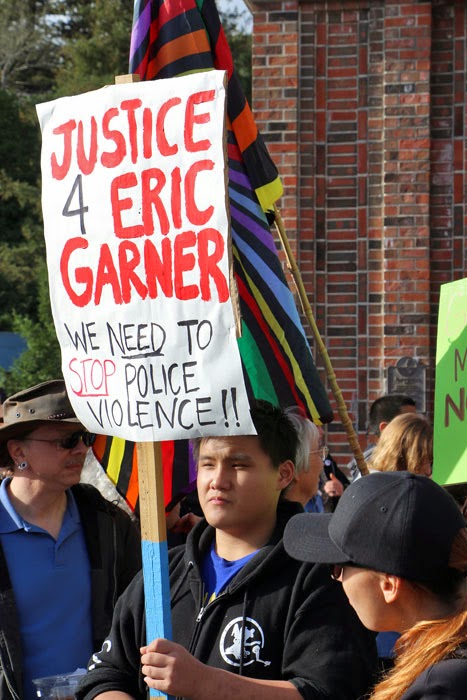 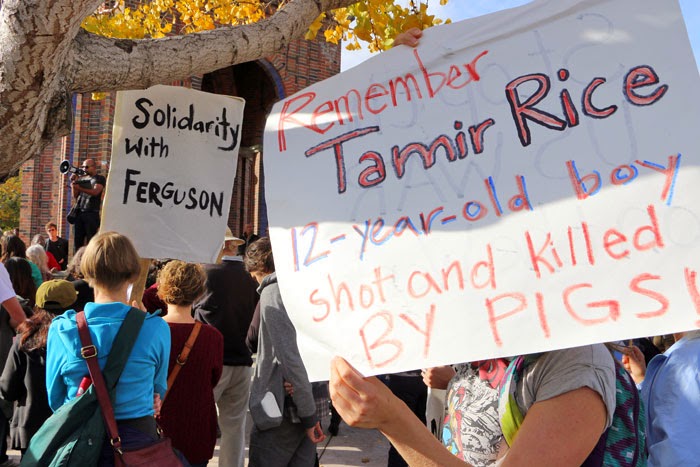 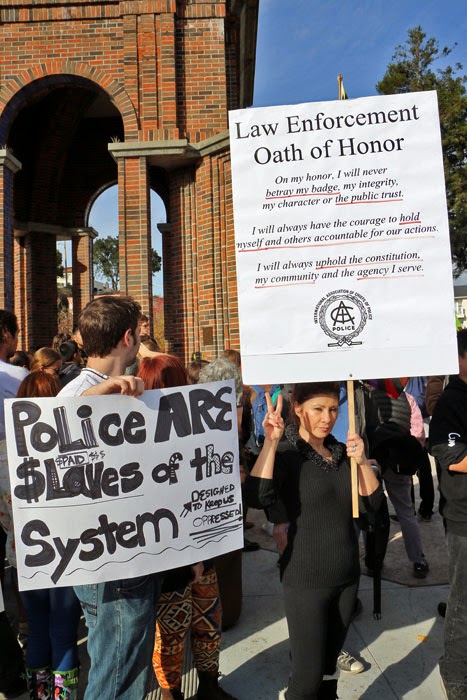 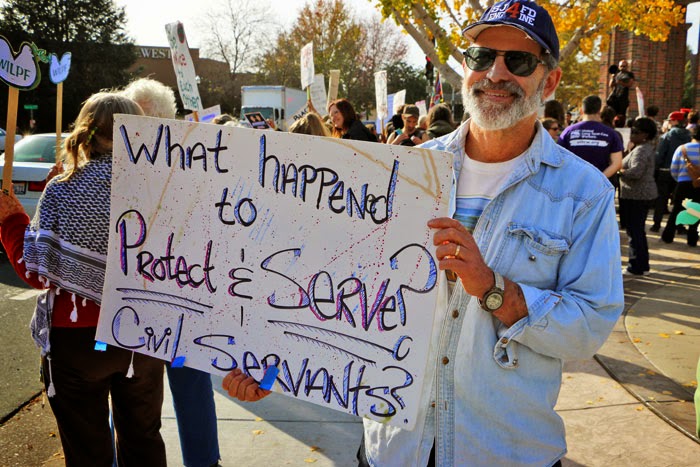 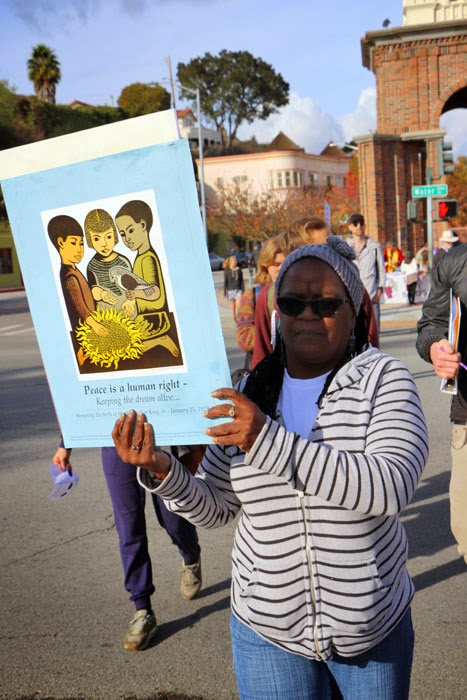 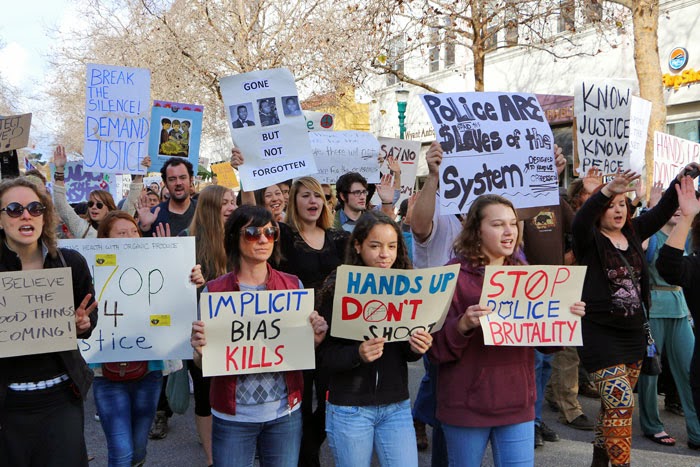 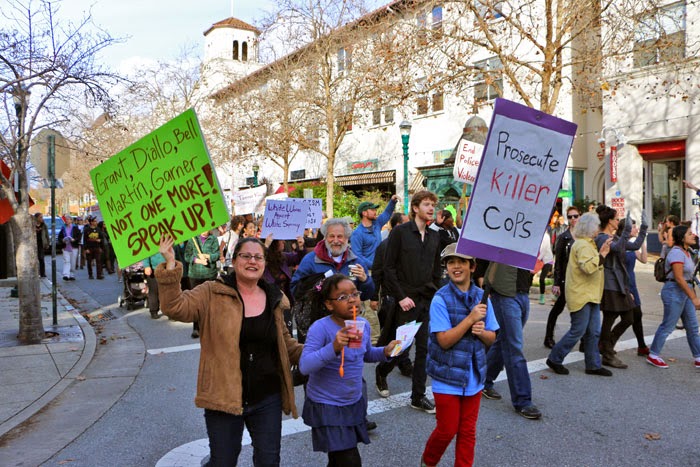 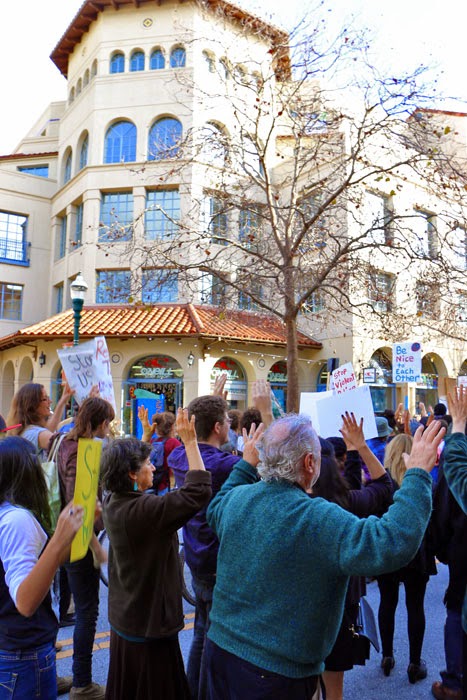 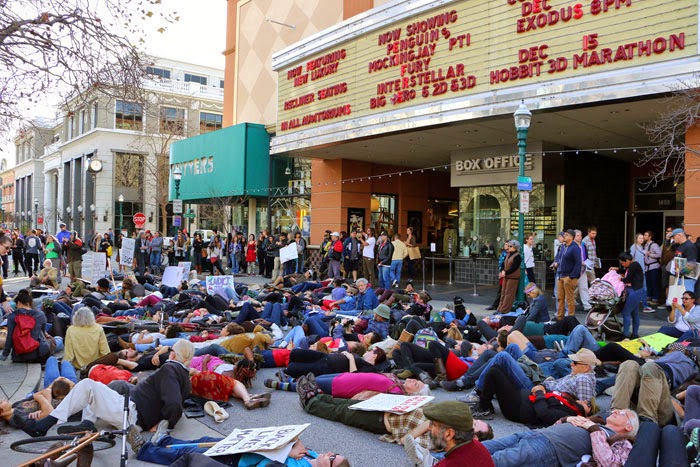 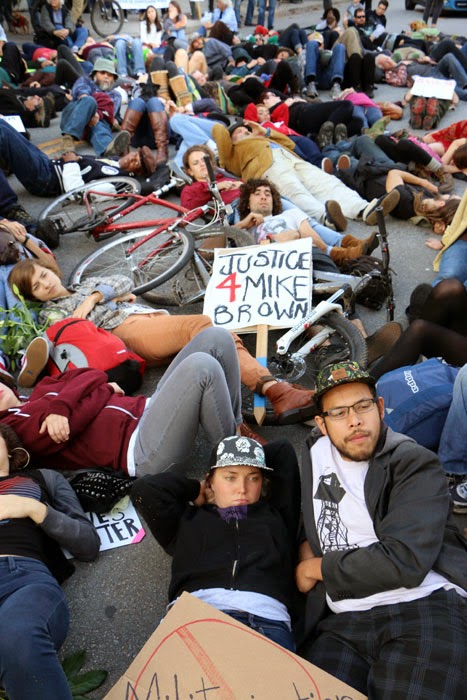 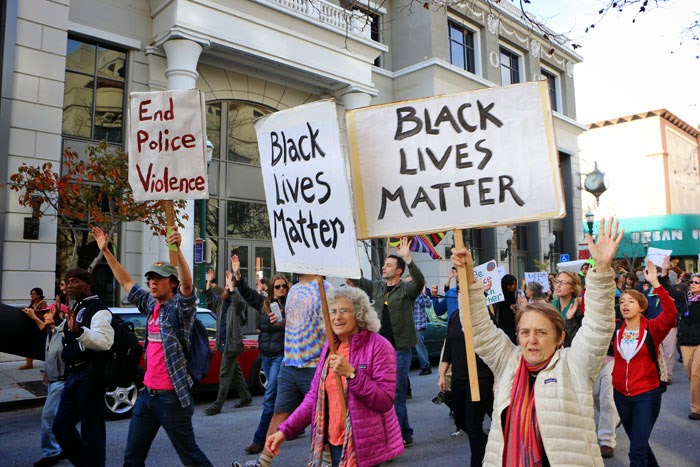 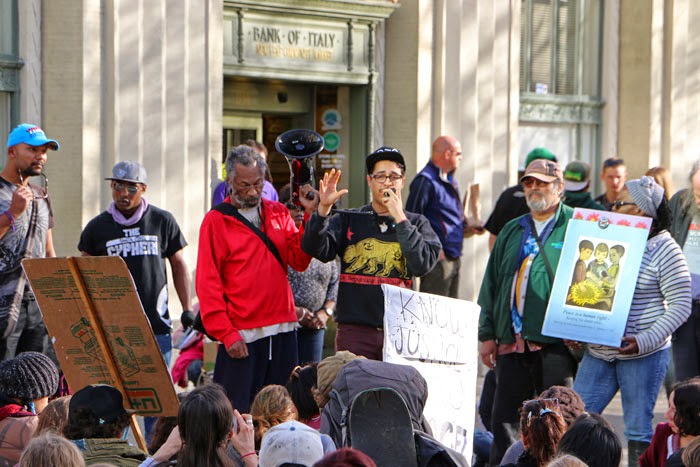 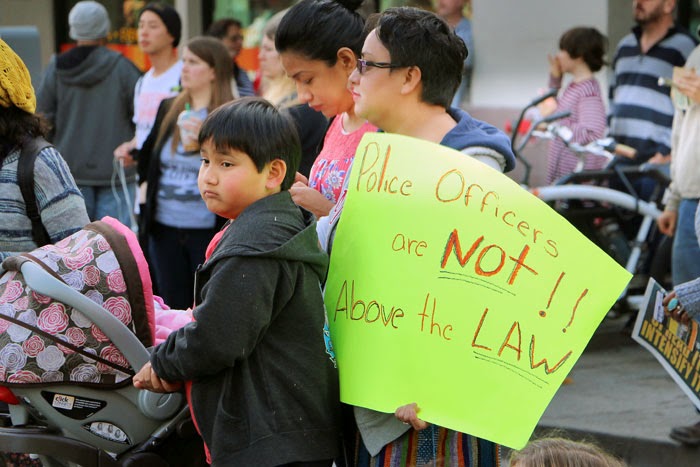 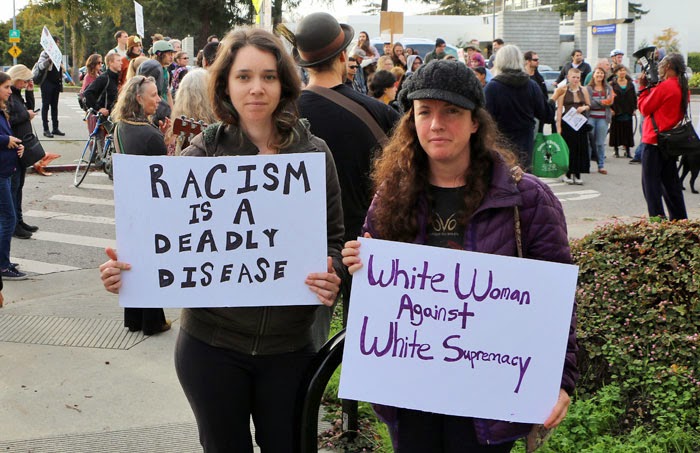 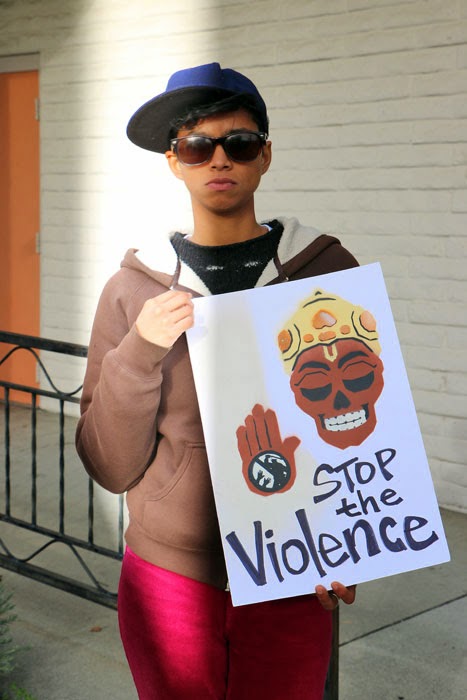 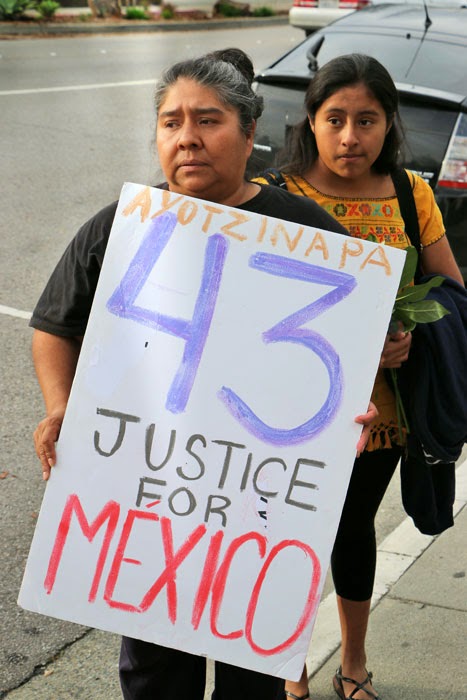 Posted by Alex Darocy at 7:33 PM No comments:

In a continued series of actions to oppose the tuition hikes approved by the University of California Regents in November, students at UC Santa Cruz left their classes on December 8 and marched around campus and to the administration building. Some administrators and staff scurried out of Clark Kerr Hall as hundreds of students marched through the building; others stayed in their offices as the demonstrators walked by, pounding on the hallway walls. Many students also stopped to pound at the door of the office of the Chancellor, which is locked and fortress-like. Eventually a group rallied on the roof of the building and an open mic was held.

The student walkout at UCSC was the first major action held on campus to oppose the tuition increase since the six-day occupation of the Humanities 2 building ended the day before Thanksgiving vacation. Since returning from vacation, students have been organizing and have decided against making further demands of the UC administration. As an alternative to a list of demands, they have penned a "pledge to act" against the tuition hikes.

Demonstrators printed up copies of the pledge as flyers and attached them in various locations in and outside of Kerr Hall. The flyer cautions administrations to "expect us," stating that over 1000 students and community members have pledged to "take necessary action" to fight the tuition hikes.

Full text of the pledge:

We Are Not Asking: A Pledge to Act Against Tuition Hikes

"Given what we know about the University of California, it would be pointless to ask anything of our administrators. They will not answer to us. They answer only to the UC Regents—an unelected group of financiers, CEOs, and corporate attorneys. The Regents act only in their own self-interest and answer to no one; they attack workers with impunity and cut student services, all while driving us more deeply into debt.

"We recognize that a university run by the few will never willingly work for the many different students, workers, and community members who compose it.

"We recognize that the Regents and administration are already aware of the position of UC students: No tuition hikes!

"For these reasons, we reject the tuition hike plan and pledge to take the necessary actions to prevent its implementation. We will act ceaselessly until we realize our vision of a maximally accessible university that answers to the demands of students, workers, and teachers that are this university." 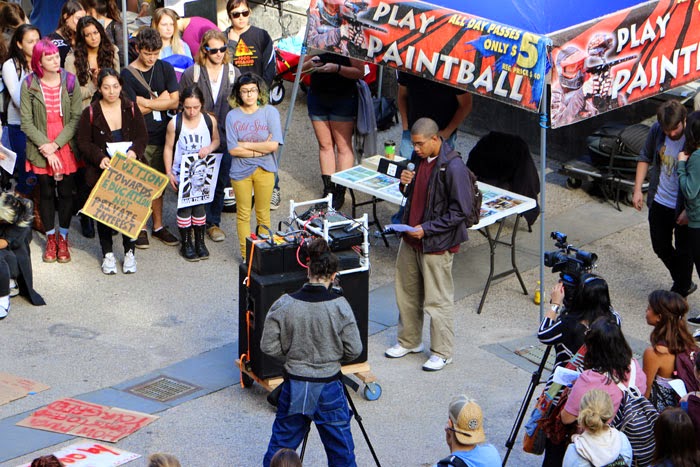 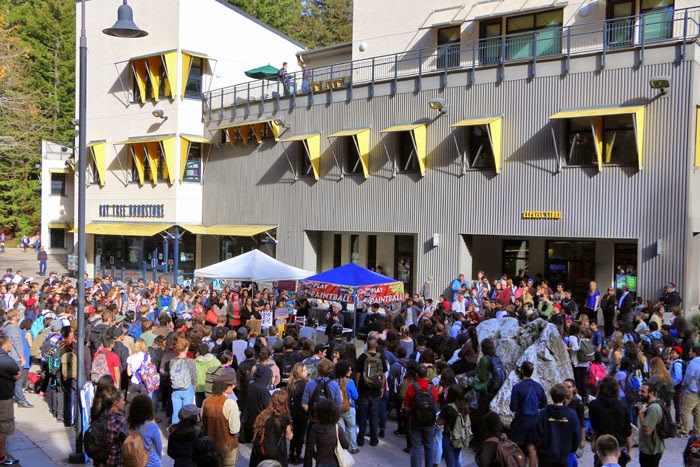 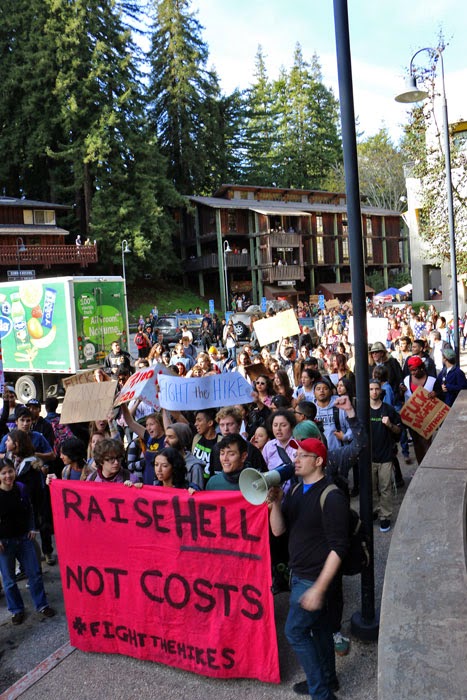 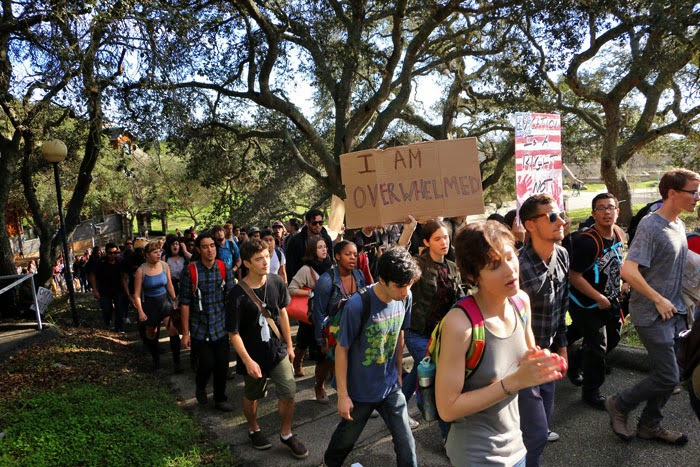 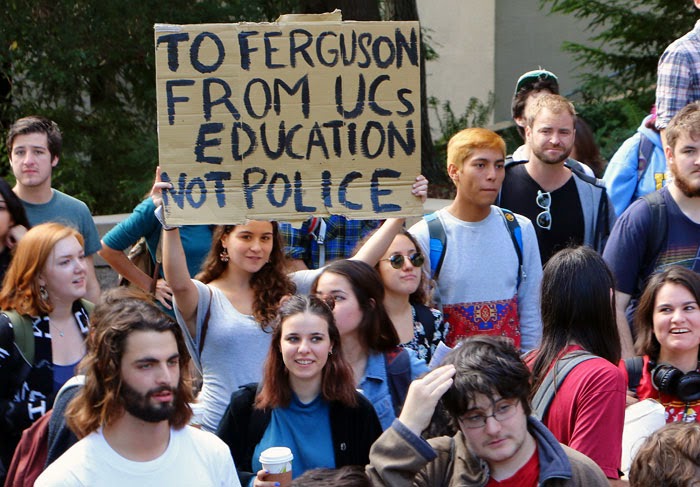 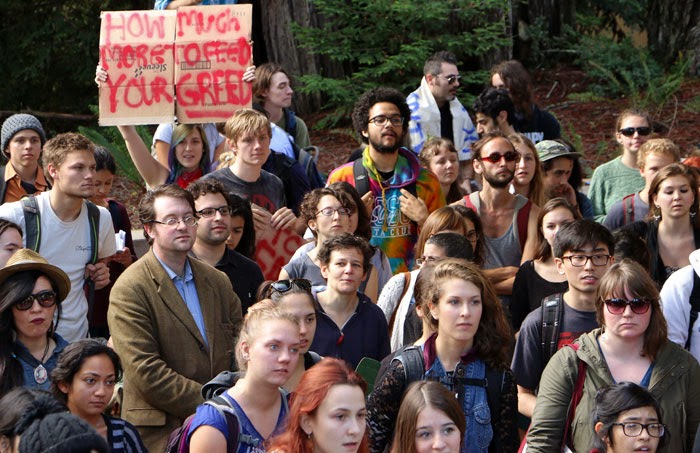 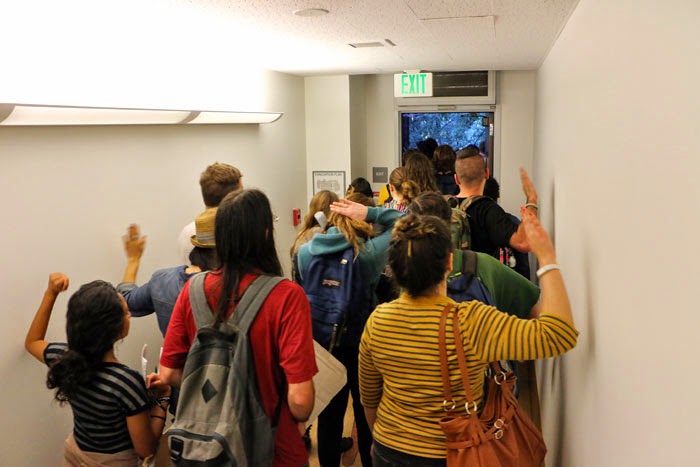 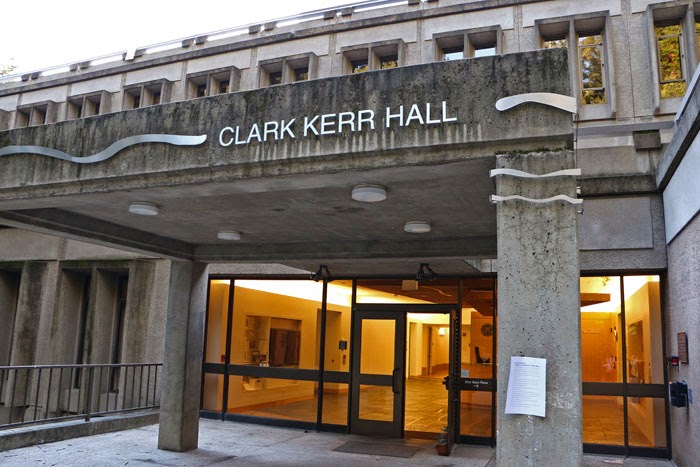 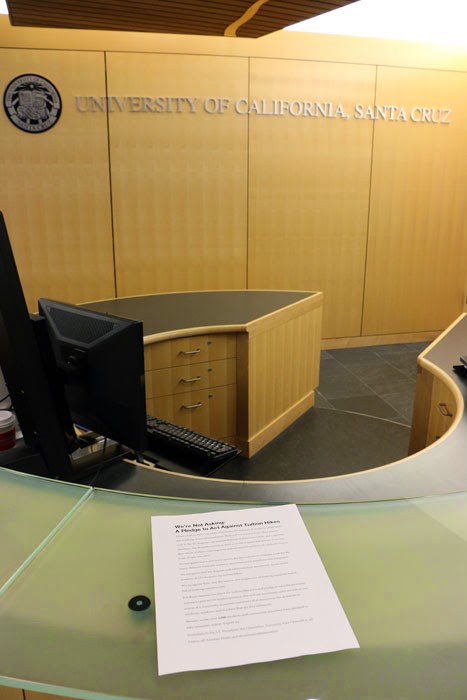 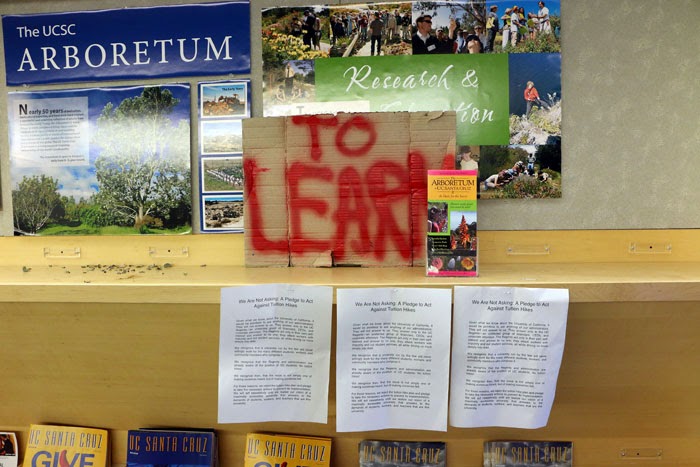 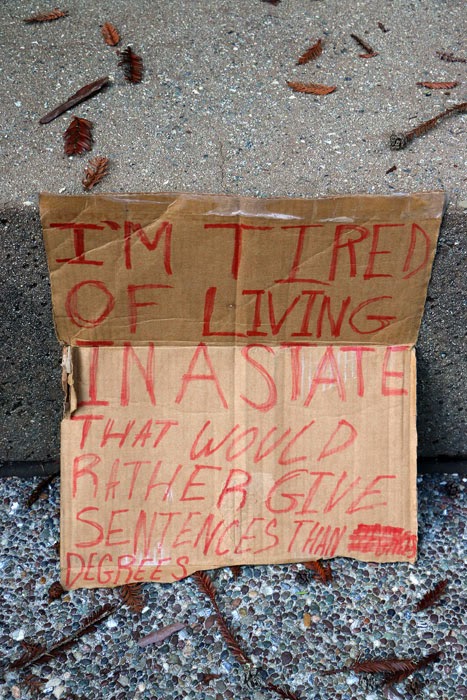 Posted by Alex Darocy at 7:07 PM No comments: