In response to the recent threat of U.S. military attacks in Iraq, community members in Santa Cruz held a vigil for the Iraqi people on June 23 at the Town Clock. Those who participated in the vigil are calling for nonviolent diplomacy, reparation and repairs, no military intervention in Iraq, and an end to weapons sales in the Middle East.

"We are sick and tired of violence being thought of as a way to prevent violence," a UCSC student said at the vigil.

"We want the government to know that we don't support military intervention, and that if we think about the Iraqi civil society and what they want, and the ones who are ultimately dying, the innocent people who don't want any of this war, who don't want the U.S. to intervene, then we can start to understand there are other solutions."

She was one of a number of UC Santa Cruz students present at the vigil who were protesting the connection between the University of California system and war profiteering.

"At UCSC we are supposed to be a very diverse, engaged, and active community, but being up there I realize that most students don't realize we are this involved," she said.

"The UC system invests in bomb labs and is profiteering from going to war. The UC is getting money this way, and that's not OK."

She says students don't understand that when they contribute to the UC system, they are unknowingly contributing to the war, which besides having such an negative impact on human lives, also negatively affects their education.

Sandino Gomez of the Resource Center for Nonviolence (RCNV) said he was at the vigil for the same reason he attended a similar demonstration at the Town Clock over a decade ago, when the United States originally invaded Iraq.

Many participants at the vigil, including Gomez, highlighted how the cost of financing the wars in Iraq has affected the funding of social programs in the United States.

"We could be spending that money on so many better things," Gomez said.

Besides showing support for the people of Iraq, Ryan Souza said he attended the vigil to support the anti-war community in Santa Cruz that came to his aid when he needed it in 2009. A that time, Souza was stationed in Las Vegas as an F-15 crew chief and was attempting to leave the military as a conscientious objector.

"I needed help writing my package to exit the military," Souza said. "It's a very arduous process."

Souza received help through the process from individuals with the G.I. Rights Hotline, as well as from volunteers with the RCNV in Santa Cruz.

Souza said several people at the RCNV donated a large amount of their time to him.

"I'd definitely like to give them props where props are due," he said, "because I didn't have much help in Las Vegas."

"If you are nervous or scared about speaking to military chains of command, you can go to the Resource Center for Nonviolence and speak with very well trained people there."

Other supporters at the vigil included individuals from the Faith communities of Santa Cruz, WILPF SC, the Palestine-Israel Action Committee of the Resource Center for Nonviolence, and Jewish Voice for Peace SC.

Organizers say they will be holding similar vigils at the Town Clock in support of the people of Iraq in the near future. 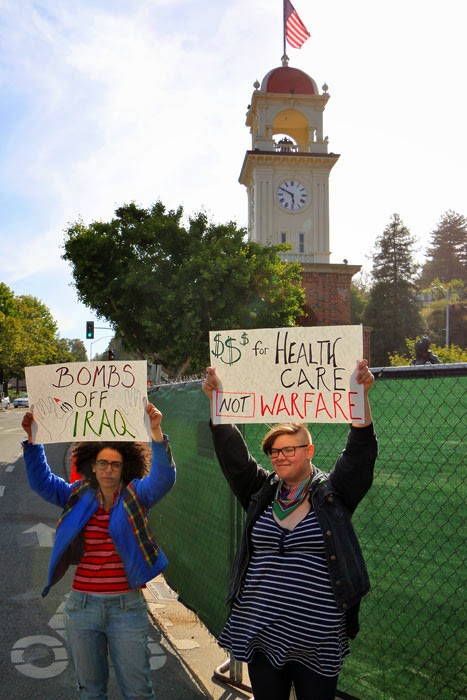 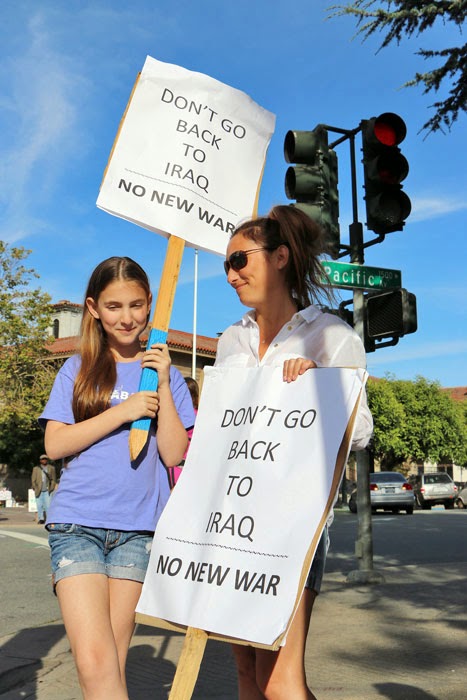 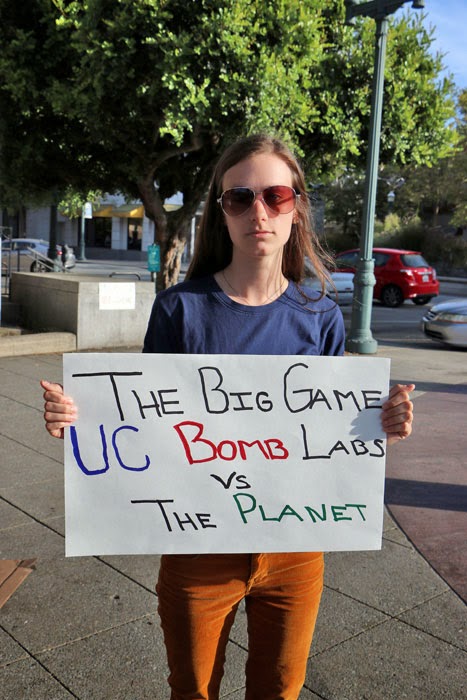 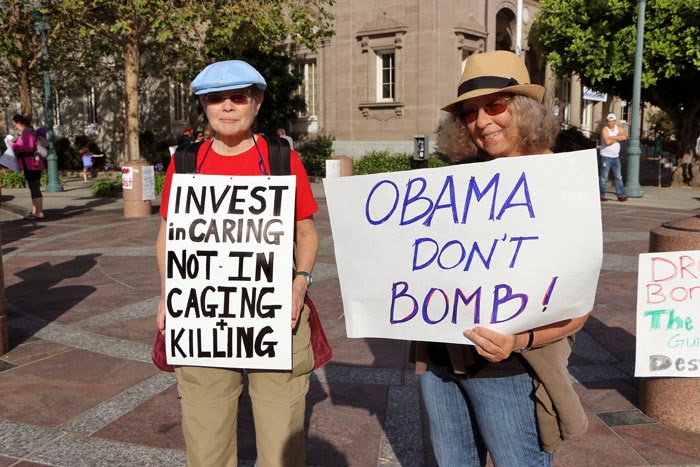 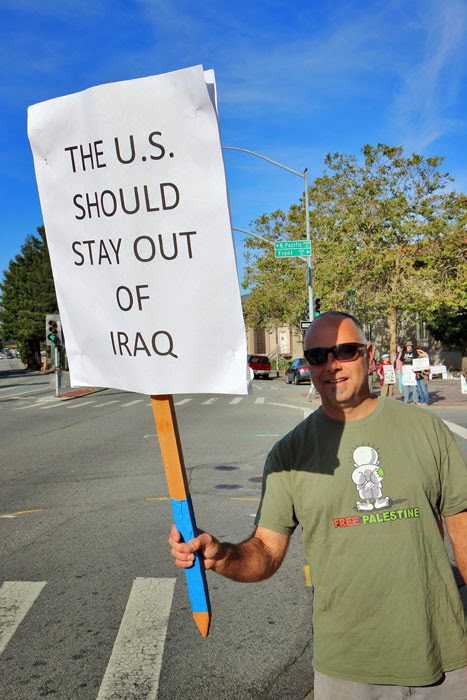 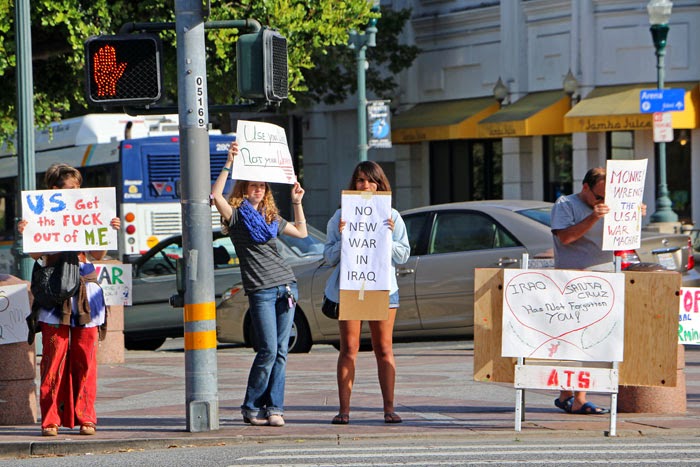 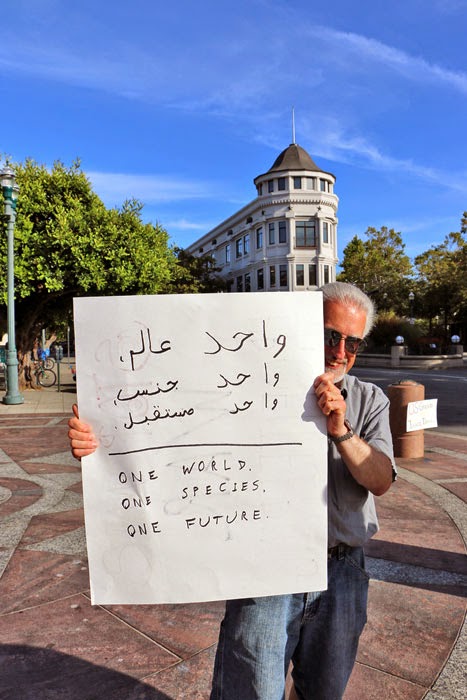 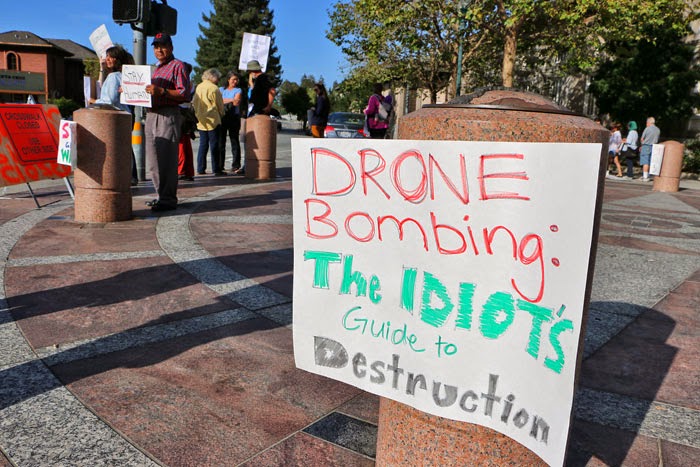 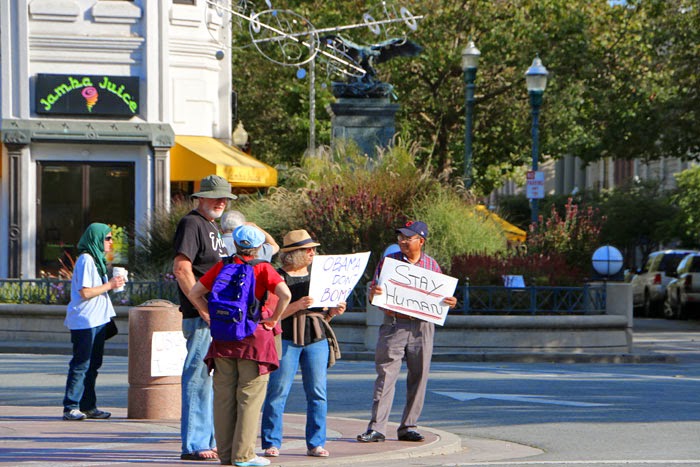 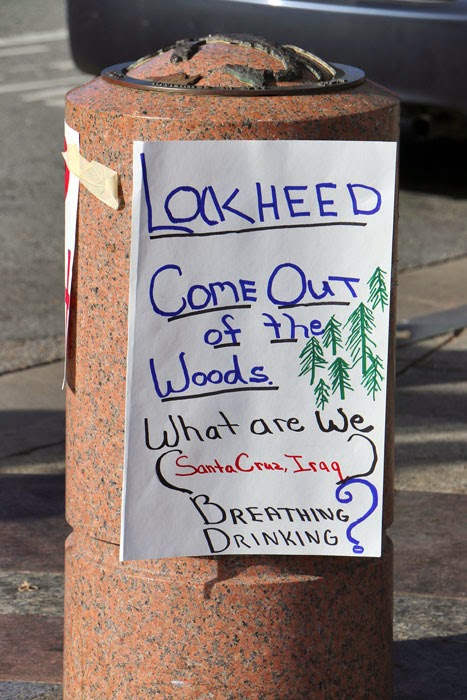 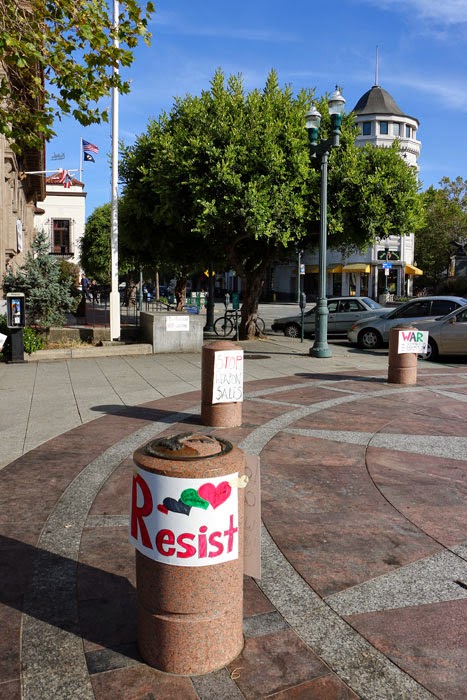 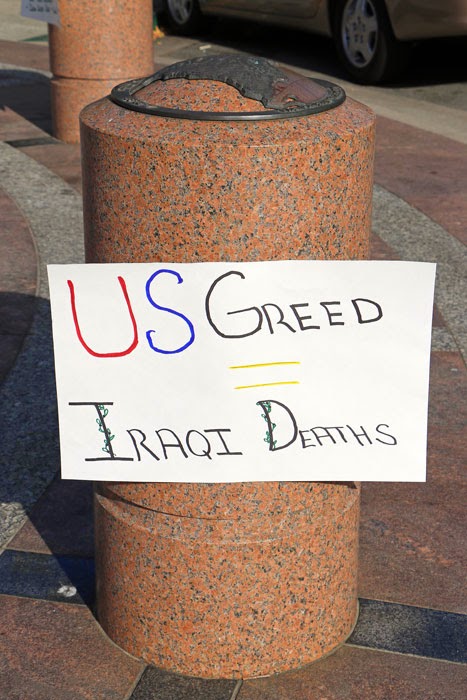 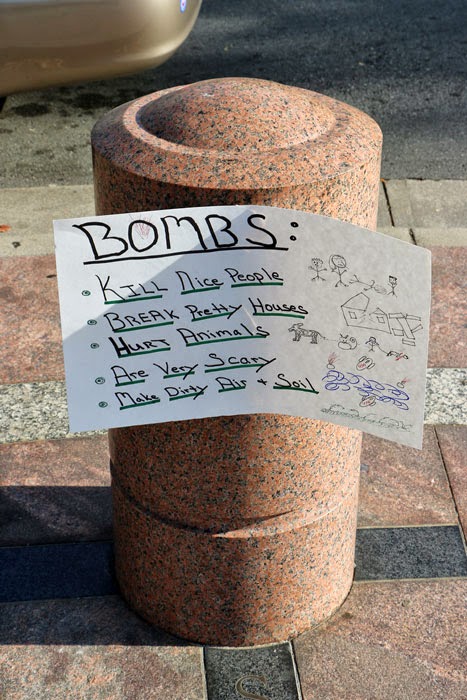 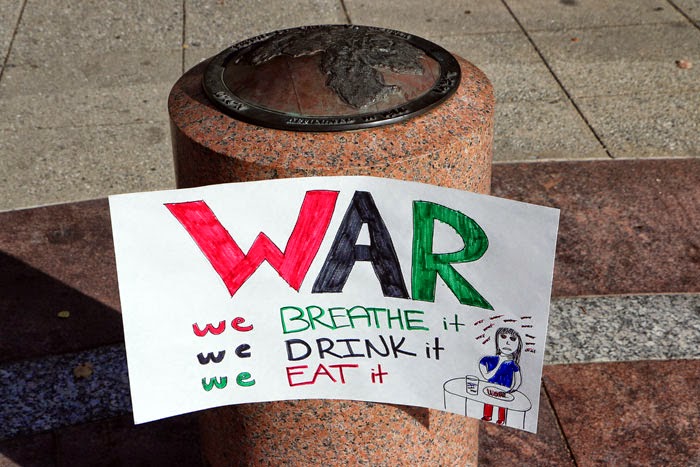 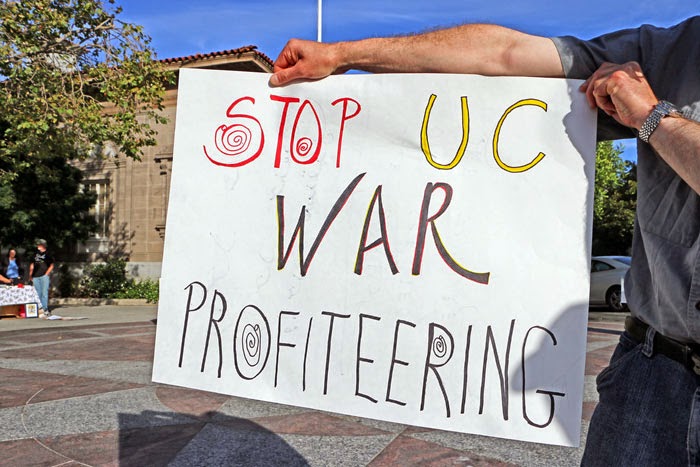 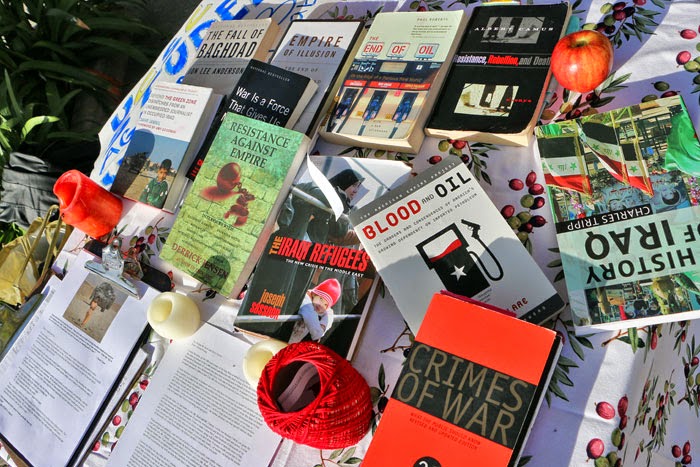 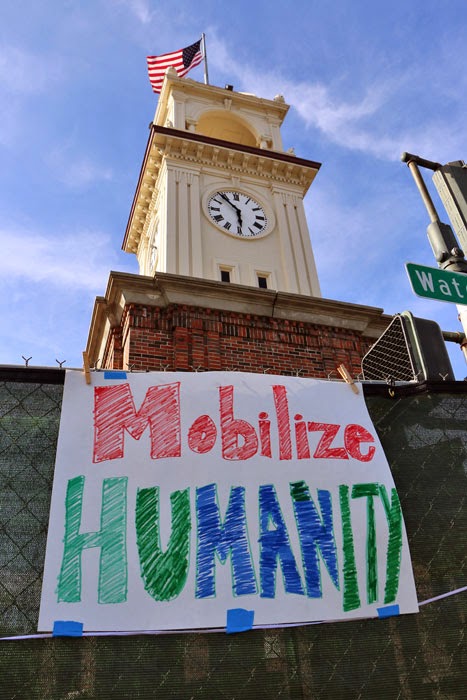 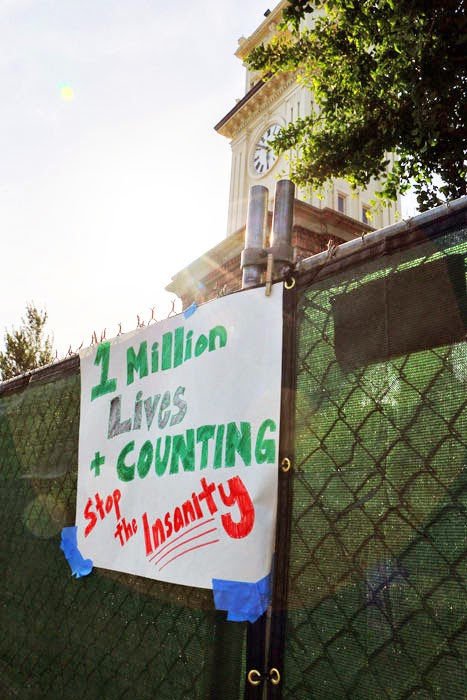