"We got to keep working hard to show the police department that we are united and they have to stop destroying Latino families," said Frank Alvarado's father, Frank Sr. at the beginning of the rally, which began at Salinas City Hall.

After leaving City Hall, the group of about 50-75 people marched to the Salinas post office, then to the police station, where one demonstrator said over a megaphone, "let's remind them that the people whose lives they have taken are still alive in our struggle."

Angelica Garza, Frank Alvarado's sister, spoke outside of the police station. She explained that after the Salinas Police Department released the names of the officers involved in the 2014 killings, she became convinced the department was racist.

"I have to apologize to you. All this time I have been saying that it's not a race thing," Garza said. "I tried to give the police the benefit of the doubt. Four Latino men were murdered by nine non-Latino men. That does not add up. I apologize to you."

"I'm angry at myself for not believing in you because it was four men, my beautiful brother, and it was nine cops, not one Latino, and they want to say it's not a race thing," she said. "They proved themselves wrong."

"We demand the department of justice come into Salinas and investigate the whole department," said Margaret Serna Bonetti outside of the police station. She is a civil rights activist who is working closely with Alvarado's family.

Bonetti said she doesn't believe the Chief of Police, Kelly McMillin, has been objectively handling the investigations into the killings.

"He's actually excusing the behavior of the police officers, and he should be representing the whole city and not just the police department," she said.

Bonetti said the problem is the Salinas Police Department is only looking out for themselves, like a "good ole boy's club."

"They should not be investigating themselves," she said.

Frank Sr., who was once a martial arts instructor who trained officers with the SPD at his studio, said the Salinas Police Department was "polluted inside."

Ana Barrera, who is a school teacher in Salinas, and involved with Ni Una Muerte Mas - Salinas, one of the groups that organized the protest, spoke out against the American system of mass incarceration, which criminalizes and oppresses Latino youth from a young age, she said.

"We do not want our kids shackled. We want access to public education without fear of intimidation," she said.

Barrera warned community members about two measures up for vote in next week's election, Measures G and H, which would give the Salinas Police Department more money.

"Both of those measures represent money to the police department that continues to put out messages that they are going to continue to suppress our communities," she said. "We say no to suppression. Our people deserve better, we demand people to be held accountable."

"We demand justice and we want people to be removed from their positions," Barrera said. "Police Chief McMillin needs to go. The Mayor needs to go. They represent the same institution, the Salinas PD."

"We're not going to allow people to come into our schools with guns, with badges, we have school teachers there, like myself. We're there to educate and provide the best education to our kids," Barrera said.

"[We] get up at four o'clock in the morning and come back home at six, seven o'clock, tired and they still harass," he said.

"Why? Because they look at us like slaves. We pay taxes too. We deserve to get respect. We need the police department to be cleaning up because it is so polluted inside."

The Alvarado family has retained the legal services of John Burris, but they have not filed suit against the city yet, Frank Sr. said. 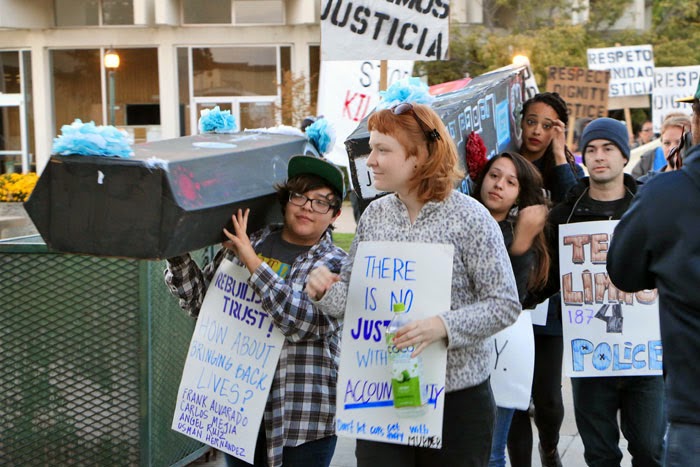 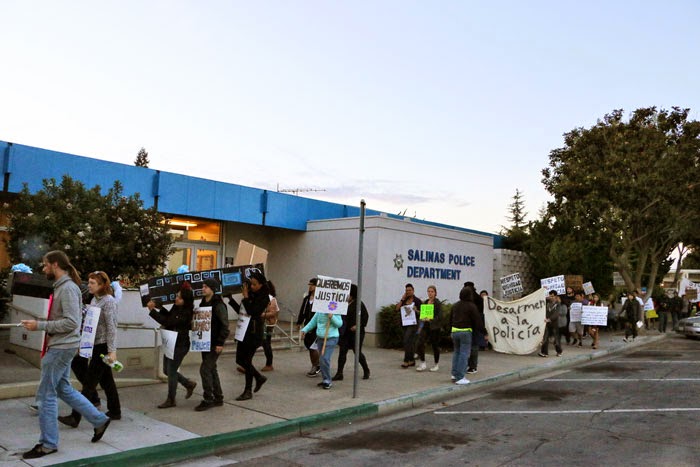 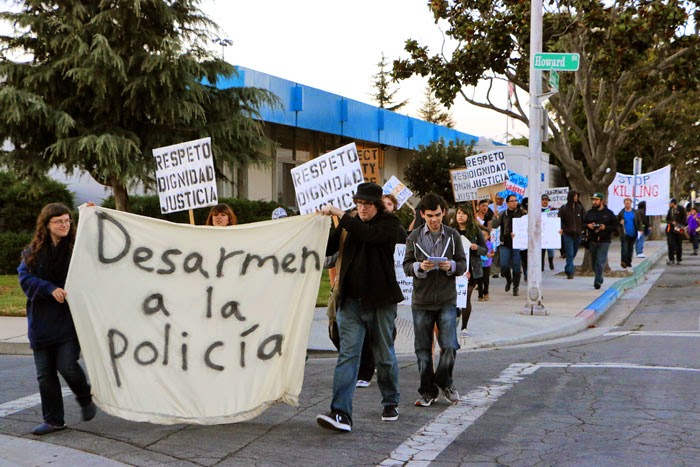 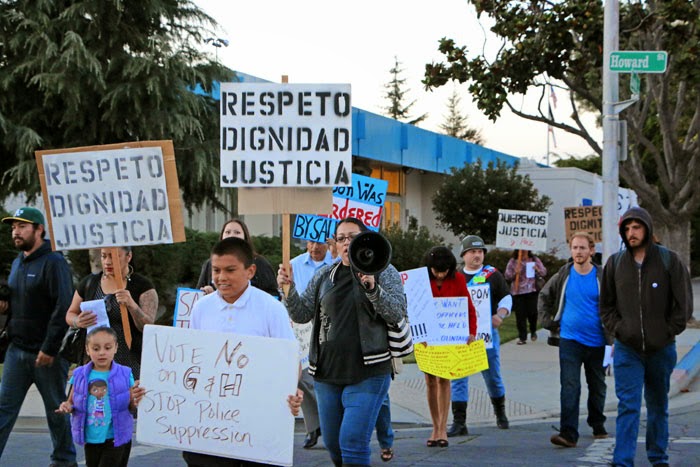 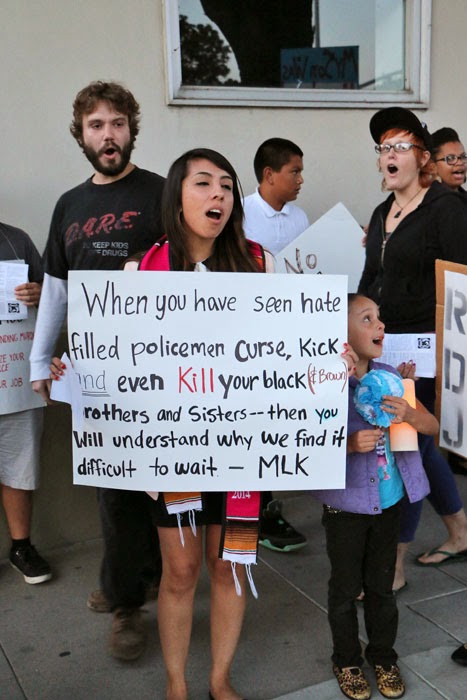 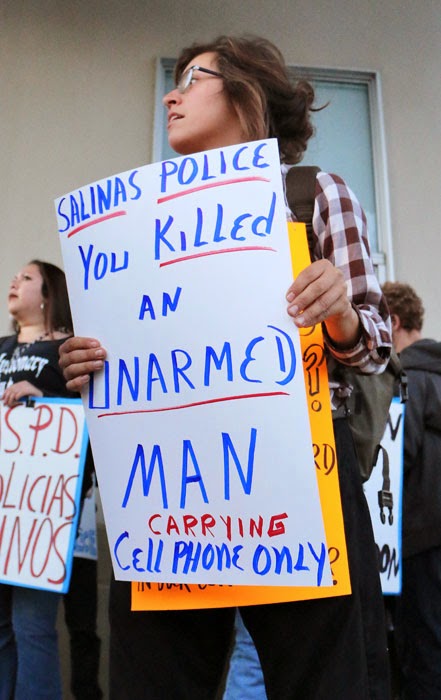 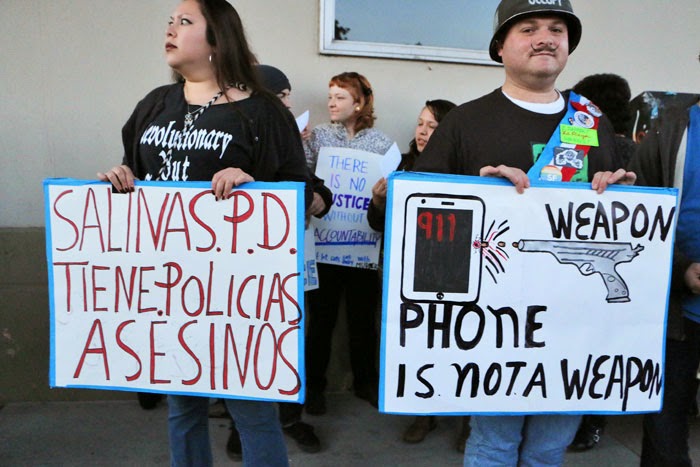 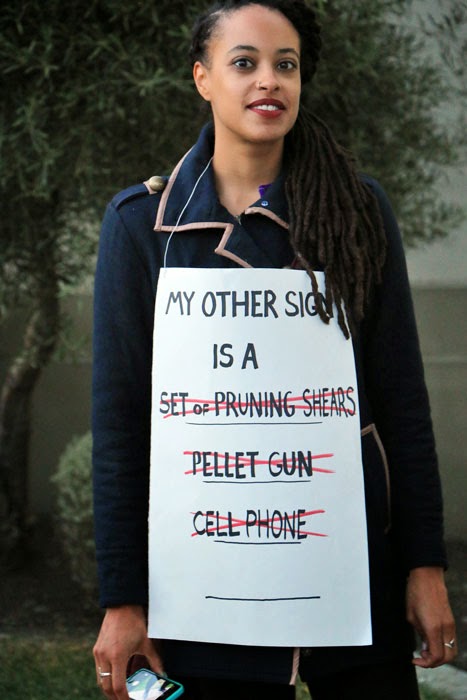 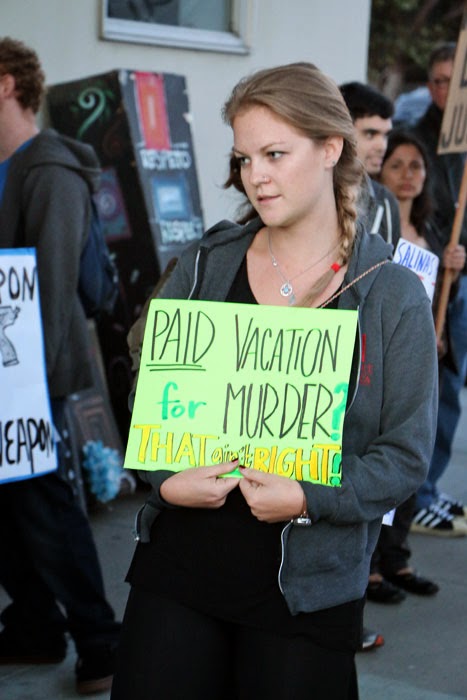 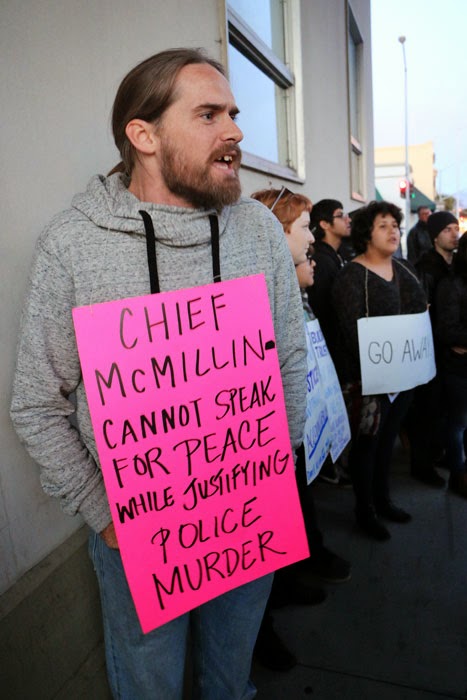 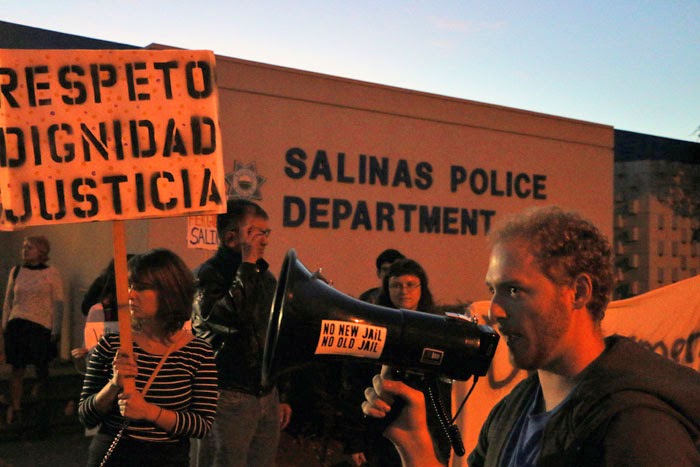 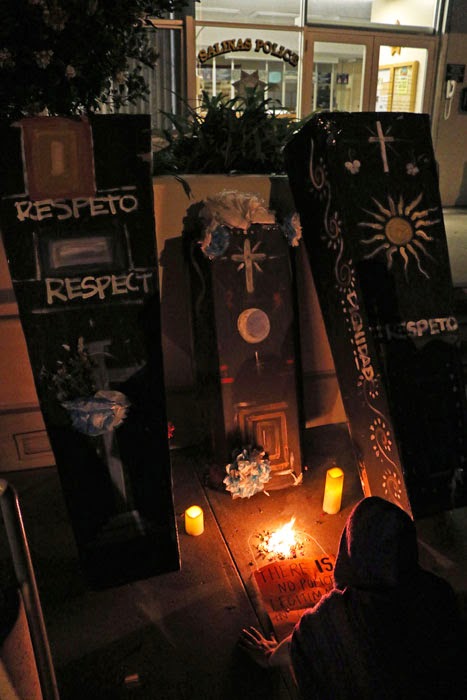