Marching to the UCSC Police Station During 96 Hours of Action

During the 96 Hours of Action demonstrations at UC Santa Cruz, students marched to the campus police station for an FTP vigil on March 4. As they marched, they carried two coffins with them to symbolize those killed by police. Some also carried "Drop the Charges" signs, which referred to the criminal charges six UCSC students face in association with the Highway 17 blockade in Santa Cruz that occurred on March 3. Demonstrations during 96 Hours of Action were organized from March 2-5 to oppose tuition increases and to raise awareness about the connection between the privatization of education in California and institutionalized police violence.

After a rally was held at Quarry Plaza, demonstrators marched across campus to the police station. When they arrived, a group of University of California Police officers outfitted in riot gear that nearly equaled the size of their own group was deployed.

As officers created an elaborate "defensive" formation, they adjusted the positions of their batons in a synchronized movement as group. A student then placed the coffins in front of the police line.

After a short rally at the police station, students marched away chanting, "No Justice, No Peace, Fuck the Police."

A flyer announcing the vigil read, "We, students and workers of UC Santa Cruz, believe there is a connection between the privatization of our university and police terrorism. It's no coincidence that police murders and mass incarceration have gotten worse at the same time our universities are privatized. These issues are different, but interrelated, because the people that profit are the same. The tuition hikes and police murder are both racialized class warfare." 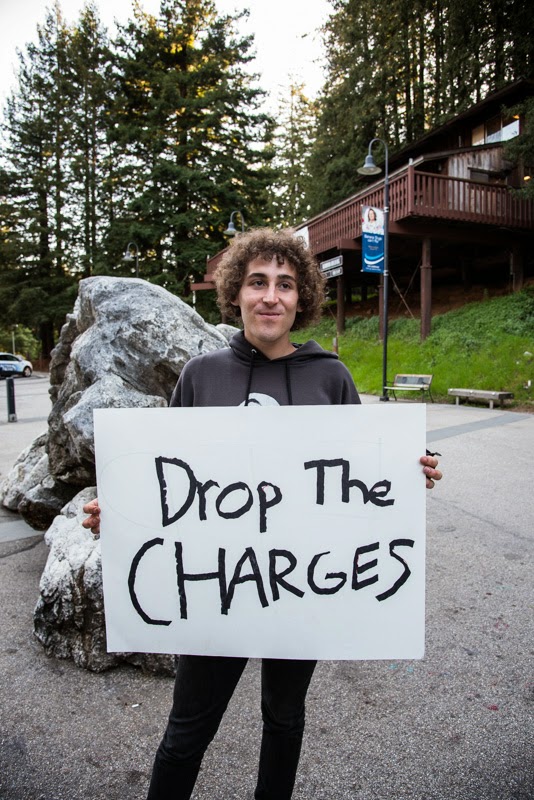 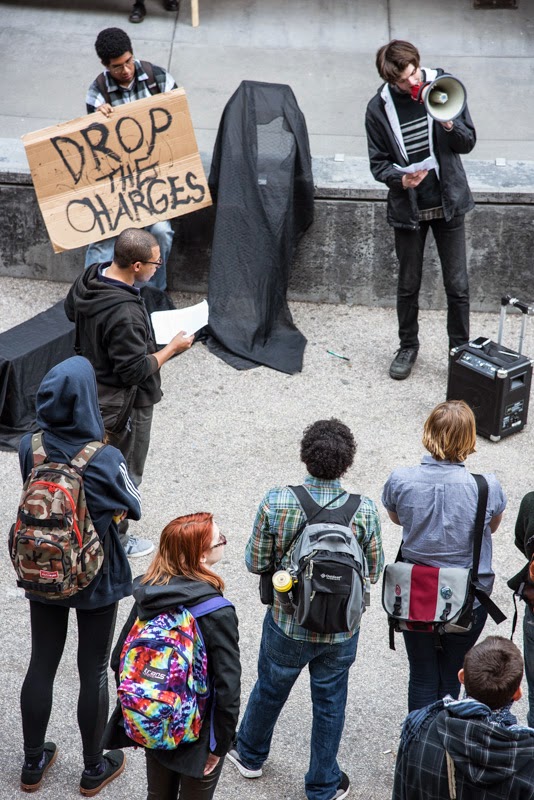 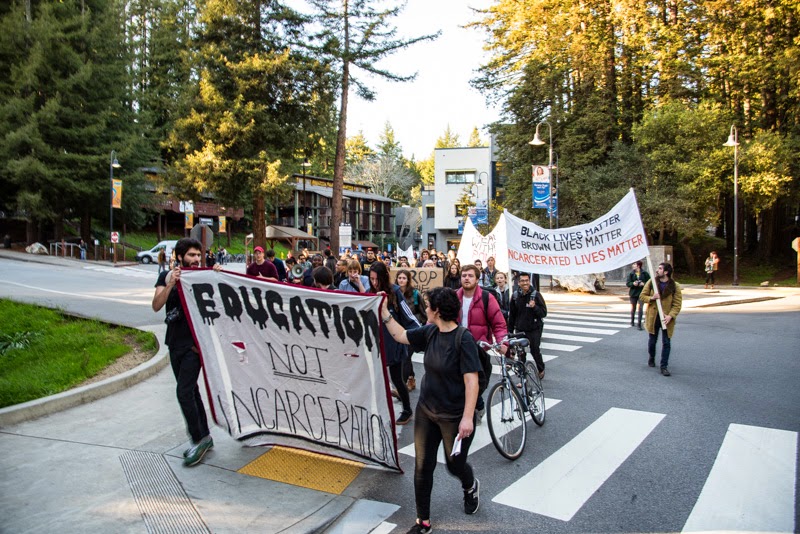 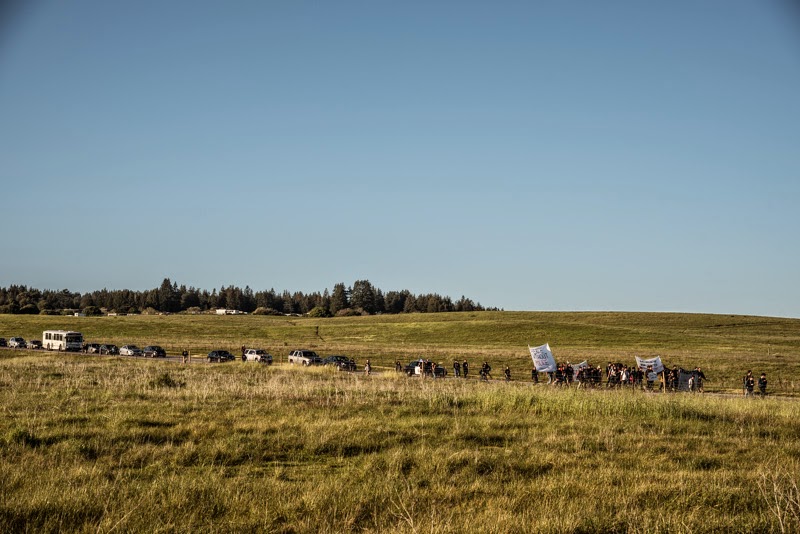 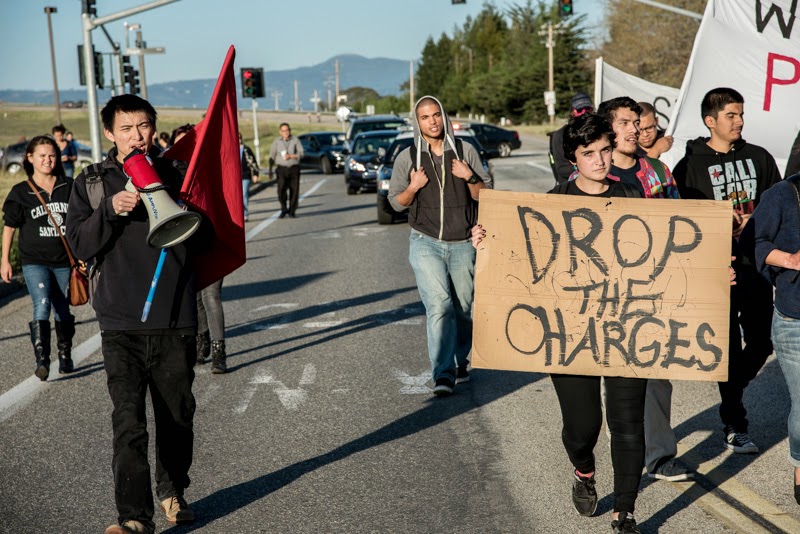 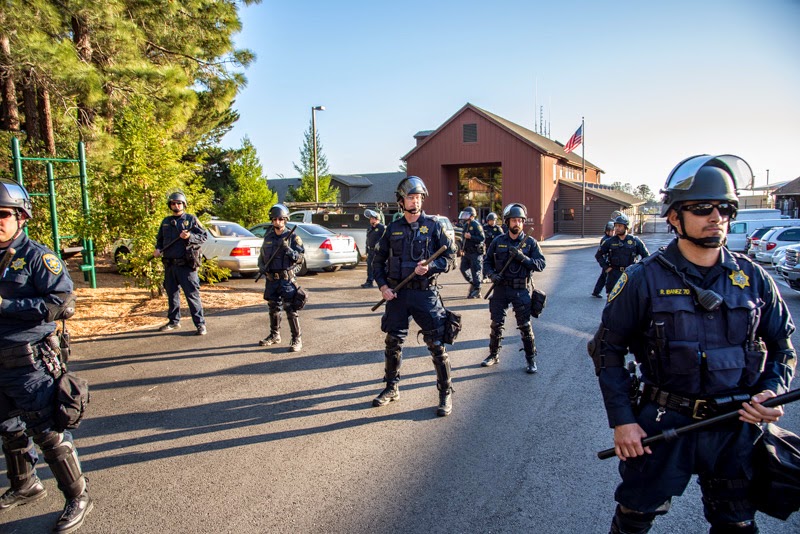 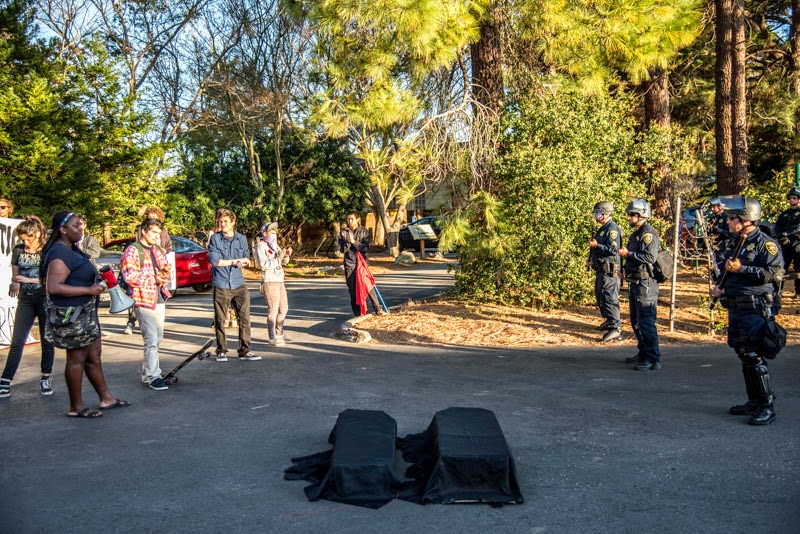 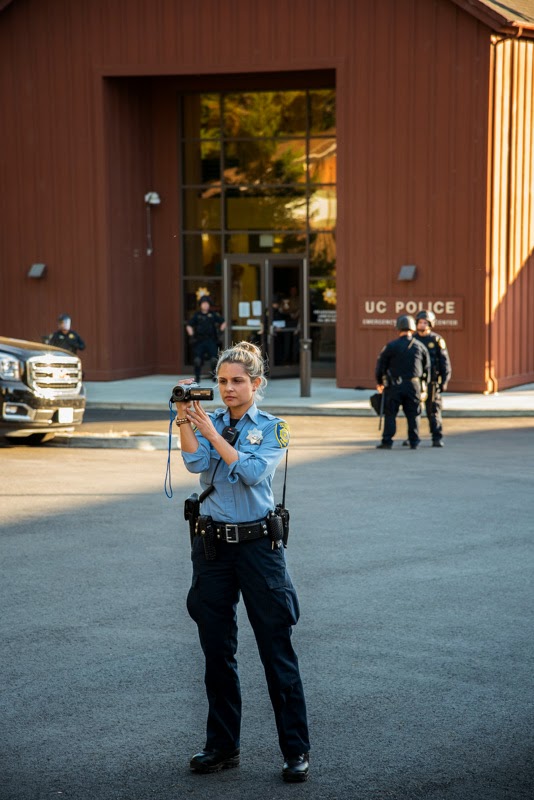 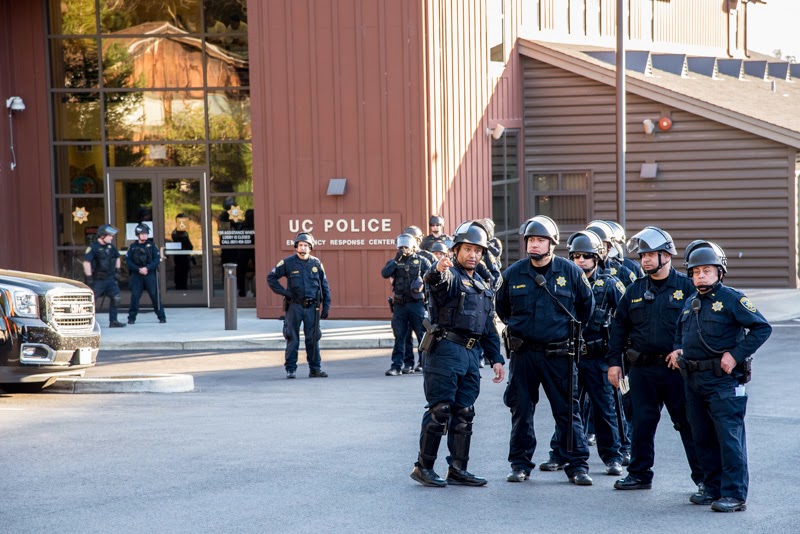 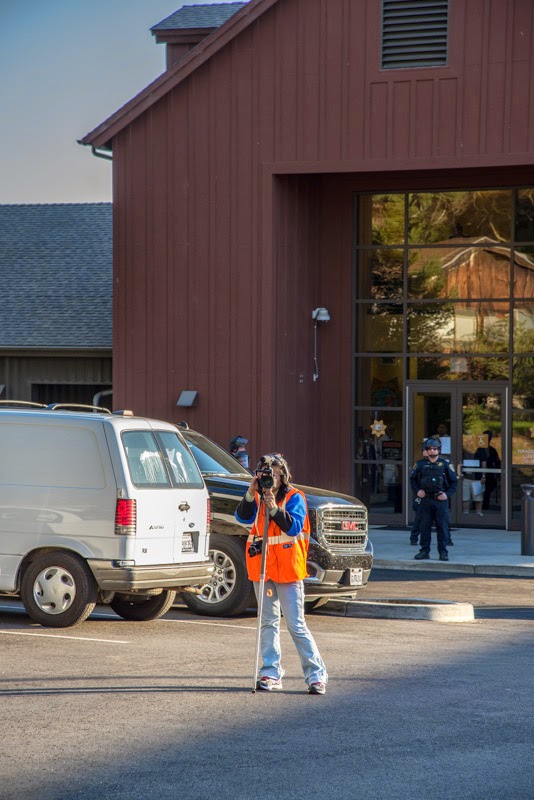 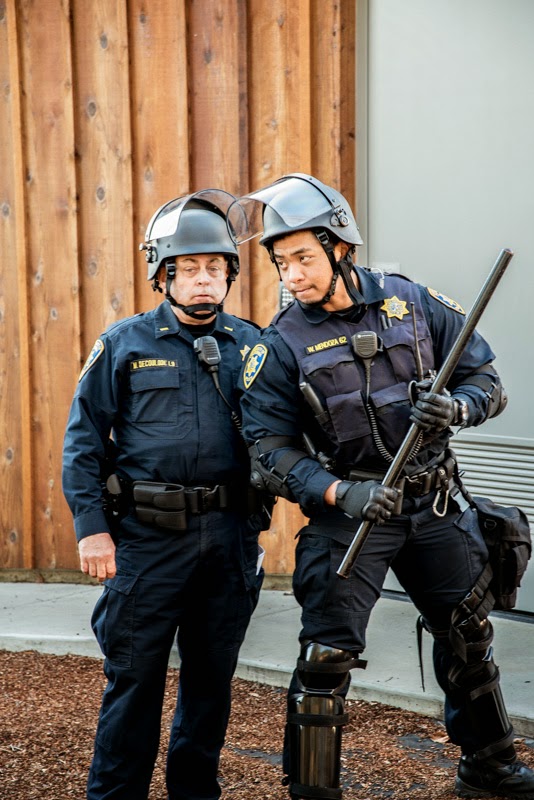 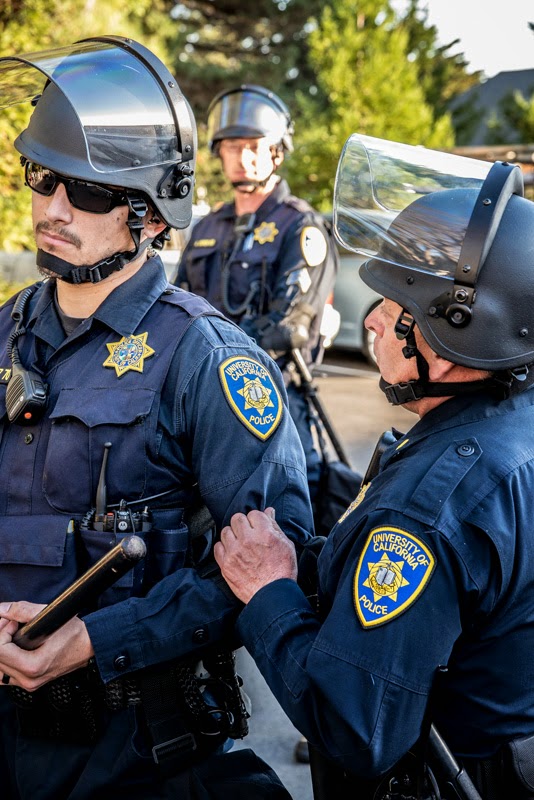 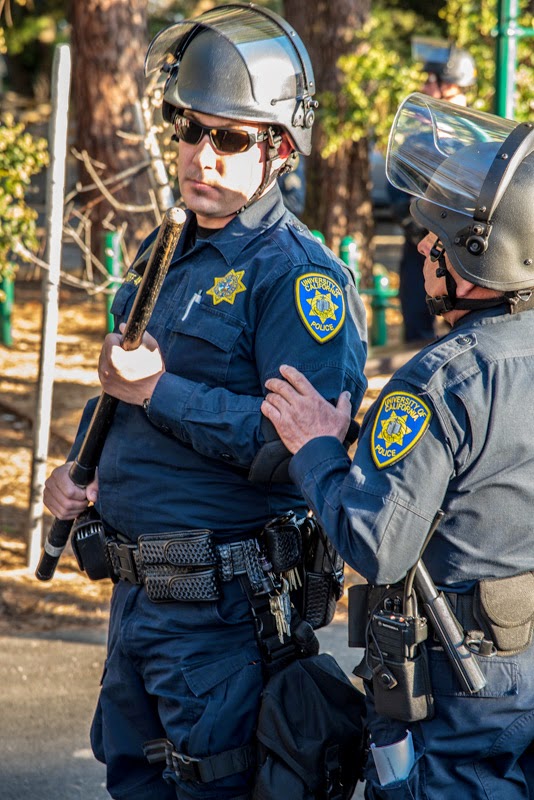 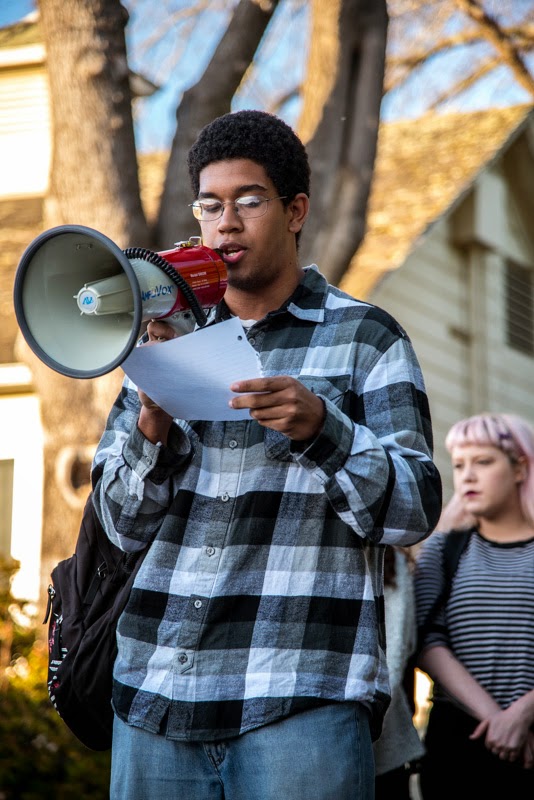 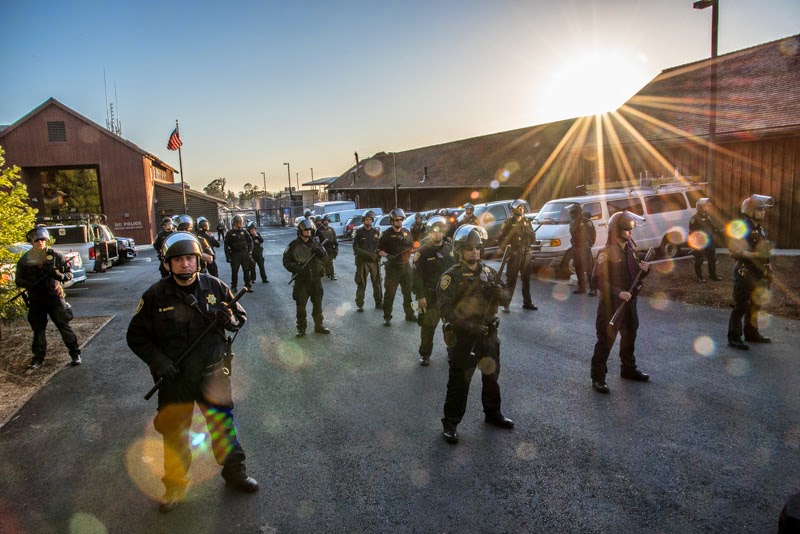 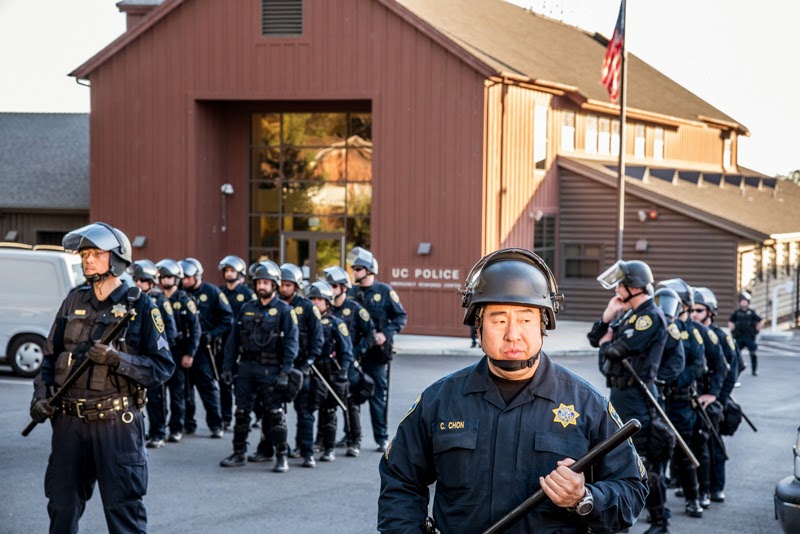 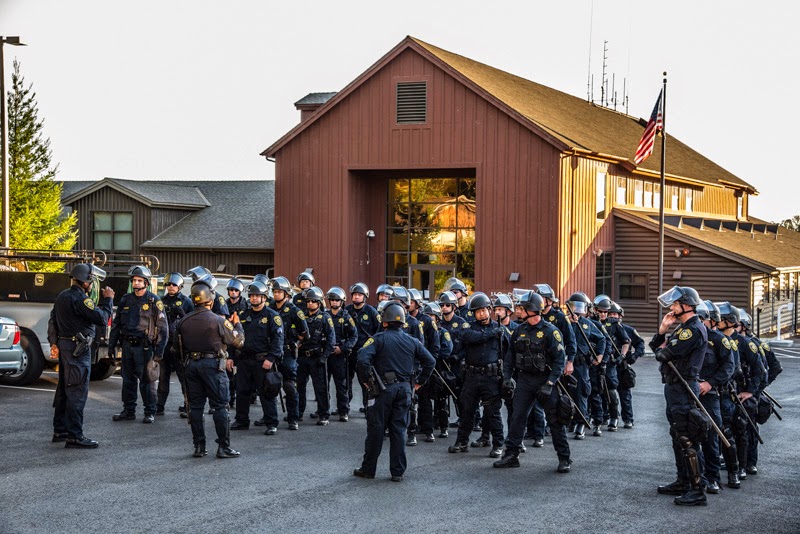