To mark the National Day of Protest Against Brutality, community members in Salinas rallied in front of city hall on October 22, where the family members of Jose Velasco, Frank Alvarado, and Angel Ruiz all spoke. Ruiz and Alvarado were among five unarmed Latino men killed in separate incidents in 2014 during encounters with the Salinas Police Department. Velasco was severley beaten by a group of Salinas police officers in 2015. Individuals held signs in front of city hall and joined in several group chants, including energetic repetitions of the phrase "Brown Lives Matter" and choruses of "Hey Hey, Ho Ho, Chief McMillin has got to go!" 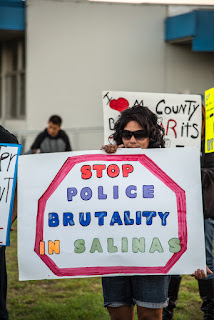 Calls for the removal of Salinas police chief Kelly McMillin have been consistently expressed at protests against police brutality in Salinas, which have been organized regularly since May of 2014 when a video of the killing of Carlos Mejia by two Salinas police officers went viral. Up to that point Mejia was third person killed by Salinas police during the year.

"We demand an immediate removal of police chief McMillin just like you saw in Ferguson and you saw in Baltimore," Salinas resident Ana Barrera said at the October 22 rally.

"He's negligent, he does not supervise his officers, he does not reprimand his officers. He does not even do any kind of work that would help bring peace to our city. Instead we see a spike in gang violence and we see these police officers continuing to beat on our people," Barrera said.

"The Department of Justice has come here and all they did was a dog and pony show," she added.

Barrera, family members, and many other supporters have been critical of the DOJ and local investigative bodies that have allowed the Salinas police department to essentially, "police itself," she said.

"Brown lives matter and we're here in solidarity with the families. We demand justice."

The father of Frank Alvarado, Frank Sr., spoke at the rally.

Frank Alvarado was shot and killed by Salinas police in July of 2014, who later explained they thought the cell phone he was in possession of was a gun, so they had to defend themselves when responding to a call of a family dispute.

"Today, we haven't gotten justice. Why? Because the answer is so easy. The mayor used to be a police officer, a detective, connected to the DA," Frank Sr. said.

"They always lied to keep Salinas clean," he said.

"Sooner or later their time is going to run out," Frank Sr. said, and that city officials would have to answer, "all of their questions," someday.

"We don't stop until we get justice, no matter what," he said. 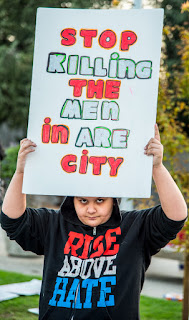 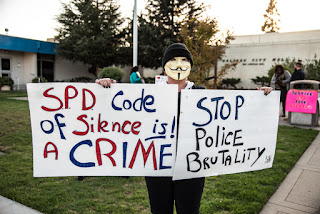 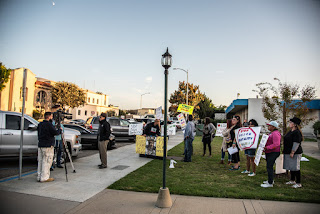 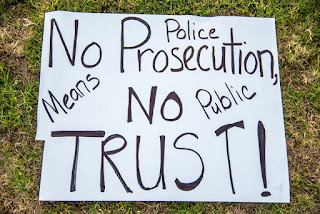 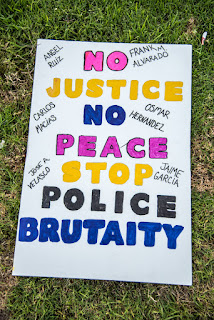 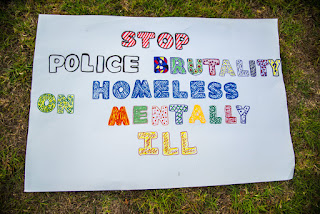 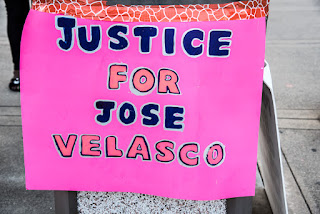 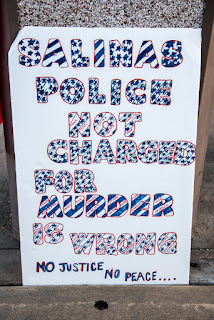 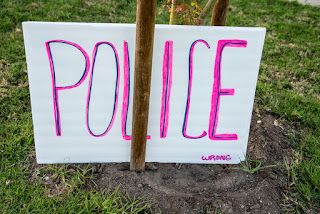 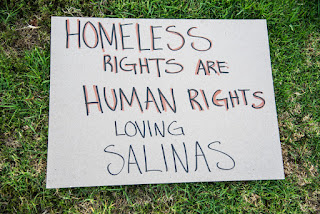