At a preliminary hearing on January 8, holds were removed on three community members who were charged in association with the 75 River bank occupation in Santa Cruz. All of the charges against Desiree Foster, Robert Norse, and Becky Johnson have been effectively dismissed by Santa Cruz Judge Paul P. Burdick. Charges still remain in effect for four defendants, Brent Adams, Franklin "Angel" Alcantara, Gabriella Ripley-Phipps, and Cameron Laurendeau, and Burdick removed conspiracy from the counts they face. Their arraignment date was set for January 22 in Santa Cruz. Additionally, the judge sanctioned District Attorney Rebekah Young with a $500 fine for the violation of a discovery order, saying that he had never imposed a sanction like this on the District Attorney's office before.


The January 8 court appearance was the second day of a preliminary hearing for the seven defendants, and after the prosecution had called all of its witnesses, Robert Norse's attorney was preparing to call their first defense witness when Judge Burdick stopped them, saying that testimony on behalf of Norse may be unnecessary.

Burdick stated that he wasn't seeing any evidence that there was an agreement to trespass, which was necessary to establish the conspiracy charge against all seven defendants, and about Norse, Johnson, and Foster specifically, he stated that he had heard nothing to lead him to believe that they were present in the bank building after police had arrived on scene to give what he described as "the warning" that they were trespassing.

After a break, Burdick gave the attorneys on both sides a chance to respond to the legal issues he had referenced.
The judge began by stating that he had found that the evidence showed that the authority to remove demonstrators from the building wasn't given by Wells Fargo until 6 or 6:30 pm on November 1, and the warnings and "no trespassing" fliers weren't posted on the building by the police until December 1.

The judge stated that the evidence further showed that Foster, Johnson, and Norse were not observed on the premises after 6:30 pm, meaning they were not "given notice" that they were trespassing, which is a requirement of the section of the code they were being charged with, 602(o). 602(o) also requires a refusal to leave after having been given notice.
In the absence of these requirements, the judge asked what evidence the prosecution had for conspiracy.

"Conspiracy can be shown by conduct," Young said, and she gave an example of police testimony that stated Desiree Foster was seen in front of the bank, "waving people in."

The judge responded by citing a 1990 ruling which found that for crimes which have been alleged to have occurred during free speech assemblies, "something more than circumstantial evidence" is required to prove conspiracy.

Judge Burdick stated that the occupation of the bank at 75 River appeared to be a "spontaneous occupation" after the doorway was opened with a key, and that it wasn't shown that there was an agreement made to commit a crime. He then stated that he wasn't going to hold any of the defendants on the conspiracy count. 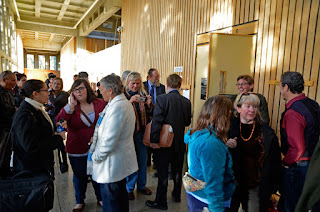 Community members first entered the vacant bank building located at 75 River Street in Santa Cruz after a march to it and other banks on November 30, 2011, which was during the height of the national occupy movement. The march to 75 River Street was promoted as a march to a "foreclosed property" and initially the address of the location was not given out by the organizers. Some of those involved said they wanted to turn the large building, which had been vacant for more than two years at the time, into a community center.

The space, which is leased by Wells Fargo from the owner Barry Swenson, was eventually abandoned by the demonstrators on December 2, but some damage was left as a result of the occupation, and the estimated costs to repair it justified felony charges in the eyes of the District Attorney's office.

Preliminary hearings began in February for all eleven individuals, and charges were dismissed against Ed Rector and Grant Wilson by Judge Burdick in April of 2012, and Bradley Stuart Allen and Alex Darocy, both Indybay journalists, had the charges against them dismissed also by Burdick in May of 2012.

The remaining four defendants now have two weeks until their arraignment on counts which have been reduced to misdemeanor trespass (602(o)), and felony vandalism, which the judge found was a "natural and probable outcome" of the trespass (the so-called aiding and abetting legal theory).

"I do not want this case to linger," Judge Burdick stated.

The final matter dealt with at the preliminary hearing was the sanction against DA Young.

"I do not believe DA Young was acting in bad faith," Judge Burdick stated, but he added that there was no "substantial justification," for her non-compliance with discovery orders given in 2012.

The judge found that her actions had caused a six month delay in the preliminary hearings, and defense attorneys pointed out that the "consequences to defendants were great."

Two defendants had to sleep in their cars as a result of the delays, one defendant missed a family member's funeral, and a variety of other serious life-impacts were described.

Defense attorneys wanted the fine increased to $1500, but Judge Burdick left it at $500 to cover "clerk's expenses," and the defense attorneys weren't compensated in any way for the extra time they put in.

The arraignment for defendants Brent Adams, Franklin "Angel" Alcantara, and Gabriella Ripley-Phipps is set for January 22 at 8:15am, and Cameron Laurendeau's is set for February 1. 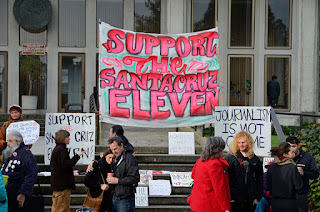 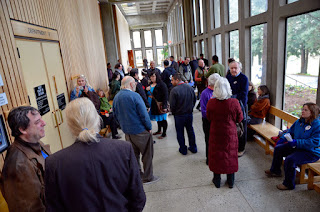 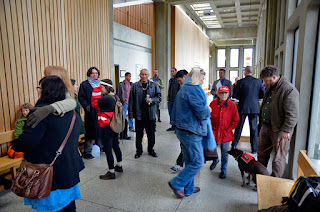 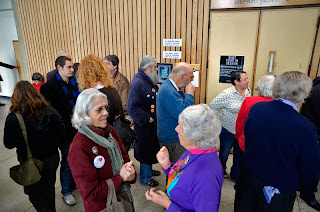 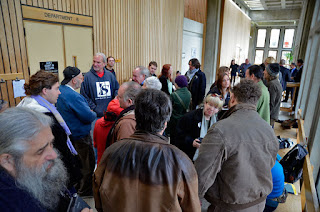 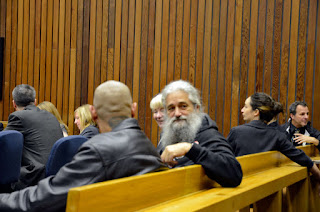 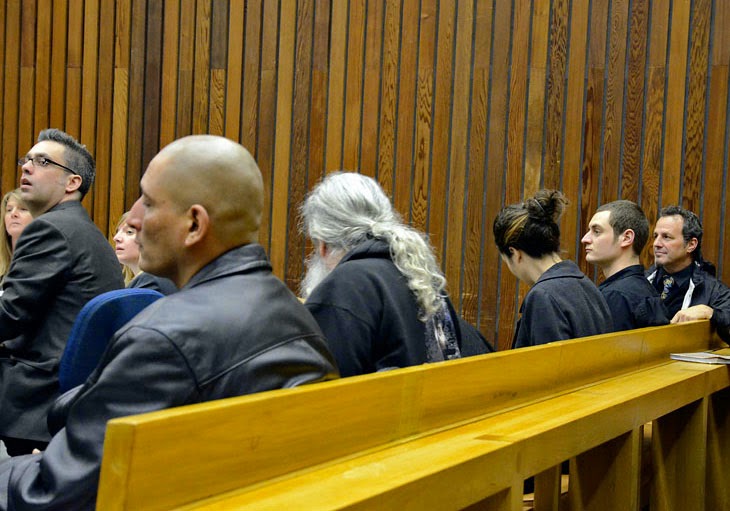 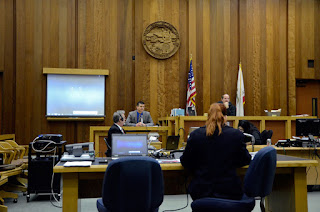 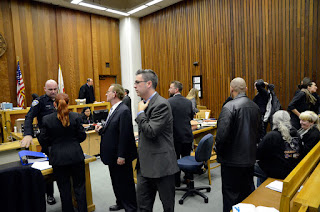 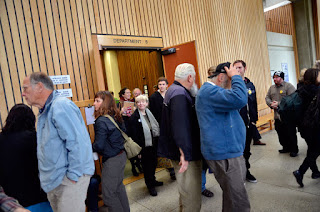 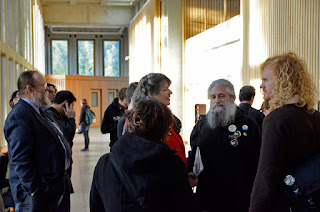 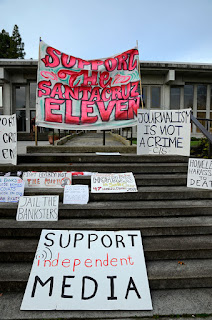