On August 16, community members returned to La Playa Carmel for a boycott rally in support of the workers who lost their jobs when the hotel shutdown and re-opened in the summer of 2012 after a change of ownership. The Friday labor rally coincided with the final events in a series of "elite" automobile shows occurring throughout the Monterey Peninsula, and protesters marched for justice for the former workers next to Ferraris and other high end vehicles parked in front of La Playa.


At $450 a night for the least expensive room on the weekends at La Playa Carmel, the hotel is a luxury vacation destination where expensive automobiles are commonly seen. With the shows happening, however, the median price tag of the cars outside of the hotel the day of the rally appeared to have jumped up a notch. Two Ferraris, a Maserati, and an Aston Martin represented just a few of the expensive makes parked in front of La Playa on the day of the boycott rally.
As they marched, individuals at the rally held picket signs with messages such as "We are the 99%," "La Playa Carmel Destroys Tradition," "Sam Gross-Man Unfair," and "We Are One: Respect Our Rights."
When the hotel reopened in 2012 under the ownership of Sam Grossman, a developer said to be worth hundreds of millions of dollars, only three of the 113 former workers were re-hired. At least half of the former workers had worked at the hotel for over 20 years, and the labor union representing them, Unite Here Local 483 had enjoyed facilitating labor contracts between workers and La Playa's management for 40 years prior to Grossman's takeover.
The expensive cars drew a few extended looks from those supporting the workers, but there was no mention of them when individuals spoke at the end of the rally.
"I just wanted you to know the NAACP is absolutely with you, and that labor rights are civil rights, civil rights are labor rights," said a member of the Monterey Chapter of the National Association for the Advancement of Colored People.
"You know we are coming up to the 50th anniversary of the March on Washington. The full name of that was the March on Washington for Jobs and Freedom. We remember it is a civil rights struggle. It was a labor rights struggle as well," he said.
"What we really need is we really need to stop looking at the past and understand that we are at a time that we need a new civil rights and a new labor rights movement in this country. So it is time for all of our little splinter groups to come together."
Unite Here's Mark Weller added that when the Local 483 staff had recently met the union's new international president, D Taylor, he told them the 50th anniversary of the March on Washington should also be their focus and the focus of the labor movement in general. 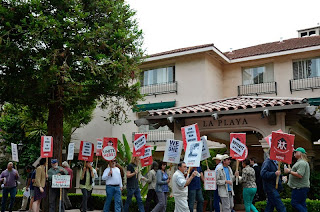 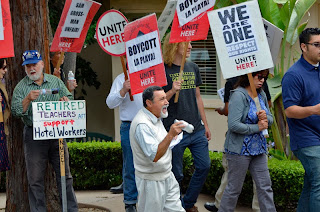 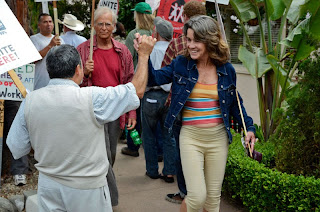 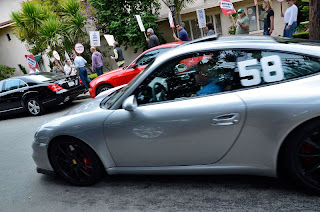 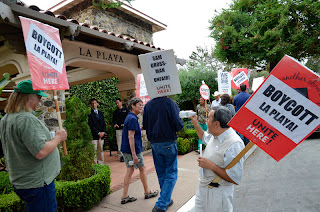 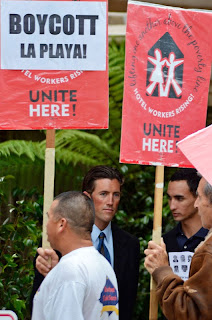 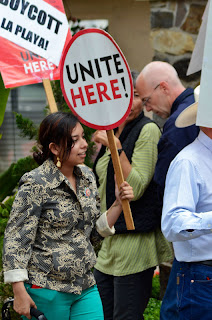 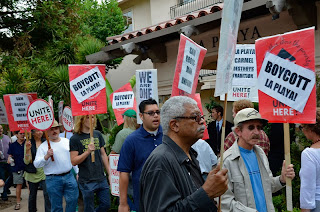 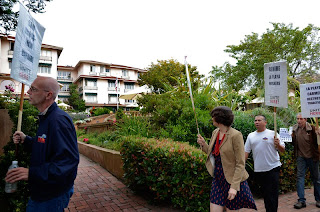 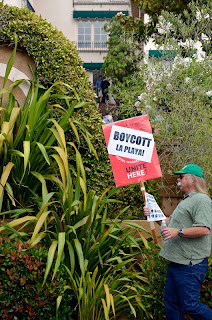 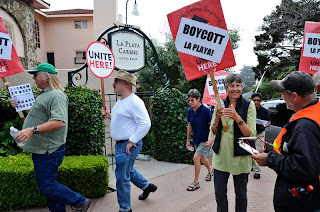