On December 25, a sticker with the statement "Bring Back Code Blue! Santa Cruz, CA" printed on it was found on a no trespassing sign located on Bulkhead Street at the rear entrance to the parking lot of two businesses in downtown Santa Cruz. Many residents remember the phrase "code blue" as a reference to when officers within the Santa Cruz Police Department organized a pattern of violent assaults on homeless or "street" people in the 1980s. 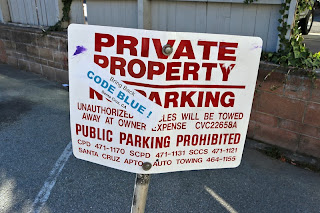 Today, little information about what has been called "operation code blue" is easily accessed by the public. When questioned in 2012, Deputy Chief of Police Steve Clark recalled there being charges filed against officers who participated in the attacks, which then "created an opportunity" for him personally within the police department.

Many community members recall the details of the operation differently, but perhaps the most common telling of the story maintains that when police found a person on the street they wanted to attack, they used the phrase "code blue" over their radios to call other officers to the scene to participate in the beating.

The bartender working on Christmas at the Rush Inn, which is one of the businesses that uses the parking lot, said she was filling in that day and that she didn't know who placed the sticker on the sign, or what it meant. When she was informed that "code blue" was a possible reference to the police practice of assaulting homeless people, she was appalled and immediately removed the sticker from the sign. 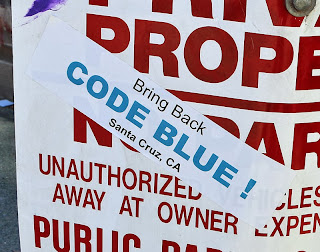 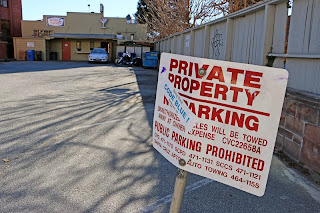