Santa Claus made a repeat visit to the hotel workers rally held at La Playa Carmel this year in December. Community members continue to protest owner Sam Grossman's refusal to rehire the workers who were laid off in 2011 when the hotel was closed for a remodel. When La Playa Carmel re-opened in 2012, only three of the former workers, who were all union members, were hired back. 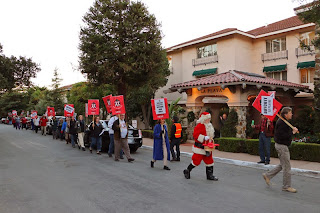 At the holiday rally held at the hotel on December 20, a former La Playa worker named Sergio said in Spanish, "I miss working here. I worked for 23 Christmases in this restaurant, and the last three I haven't worked."

"We are going to continue our fight for the next year, and we wont quit until we win," he added.

Ramon, who worked at La Playa for 27 years, said in Spanish, "We are going to fight the boss until he understands he has to take us back."

Officials from Unite Here Local 483, the labor union that represents the workers who were laid off at La Playa, said they convinced a hotel owner from Mexico, who was staying at the hotel when he heard the marchers at the holiday rally, to leave and get a room at a union hotel nearby. They reported that the hotel owner was shocked to find out that it was possible in the United States to fire a group of unionized workers in the manner La Playa did. He said in Mexico that was not legal.

The union also announced that workers had just won recognition at the Monterey Bay Aquarium. Two workers from the aquarium attended the La Playa rally with one declaring he was "very excited," and that he hoped MBA workers would obtain a new contract. 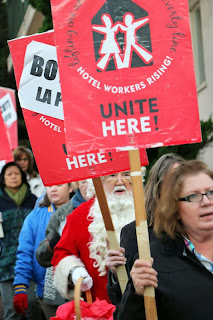 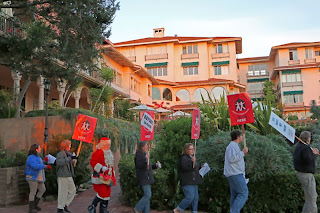 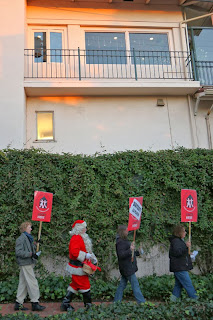 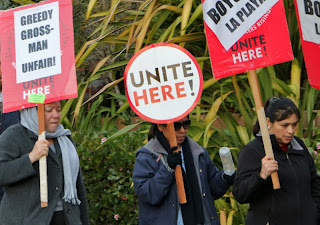 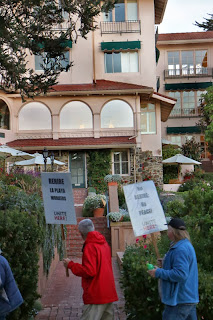 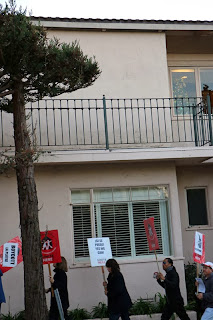 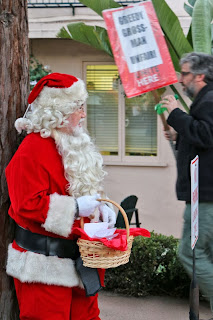 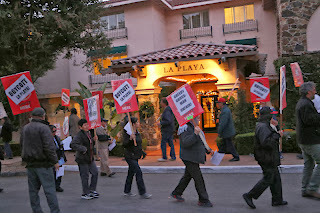 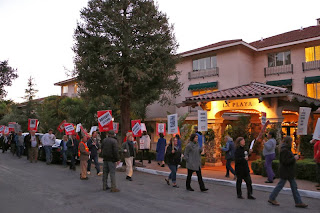