Community members have rebuilt the memorial for Andy Lopez that is located at the site of his death. The new memorial is larger than the one it replaces, which was damaged in the middle of the night when it was set on fire on January 2. [Photos taken January 6, 2013] 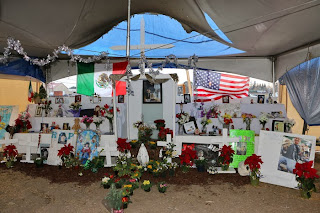 Andy was killed by Sonoma County Sheriff's deputy Erick Gelhaus on October 22, who said he thought the boy was carrying a gun that was later determined to be a toy. Family members and supporters have gathered at the location of Andy's death, a vacant lot on Moorland Avenue, to grieve and to distribute information.

The memorial at the site gradually grew as community members brought flowers, toys, items of worship, and protest signs demanding justice for the boy. When the first rain arrived, canopies were erected to protect the memorial from the elements.

Andy's parents have said they want the lot to become a park in their son's honor, and in November the first tree was planted by community members who enthusiastically share that vision. 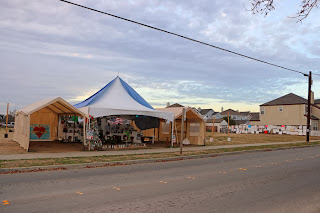 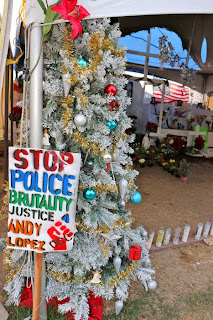 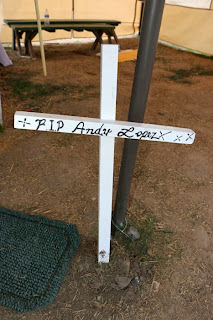 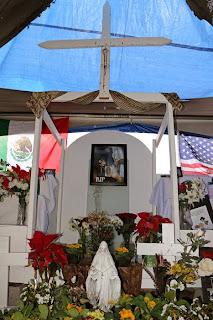 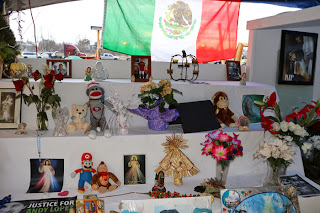 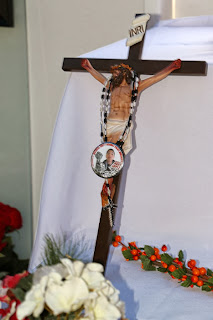 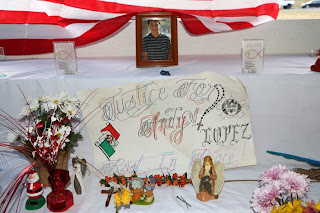 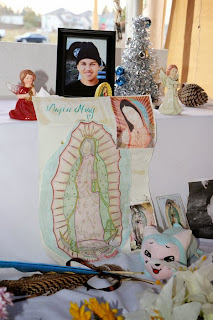 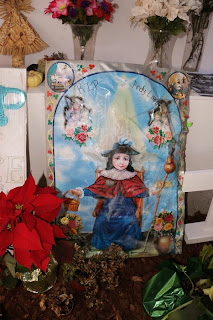 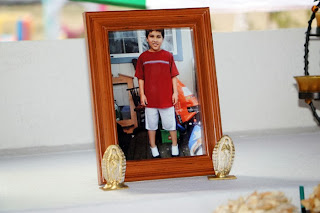 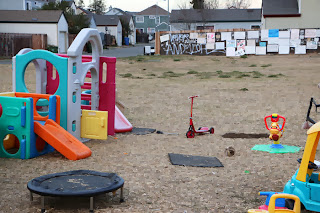 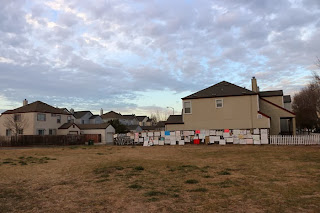 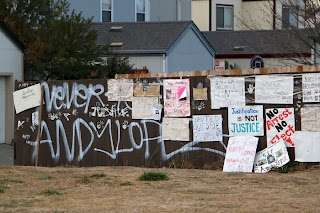