While reflecting on a long year of labor struggles at UC Santa Cruz, students looking to the future continued to call for the resignation of UC president Janet Napolitano at the 'No 2 Napolitano' May Day rally held at the university on Thursday. The opposition of Napolitano is central to their fight for justice for workers, especially those who are undocumented. "Janet Napolitano comes from the federal government as the head of the Department of Homeland Security. She has not only deported two million people but she has also separated many families and brought fear into undocumented communities," an event announcement for the rally read. In addition to calling for Napolitano's resignation, students also called for the university to settle a fair contract with UAW 2865, the labor union that represents Graduate Student Workers, and for all charges against the UCSC 22 to be dropped. 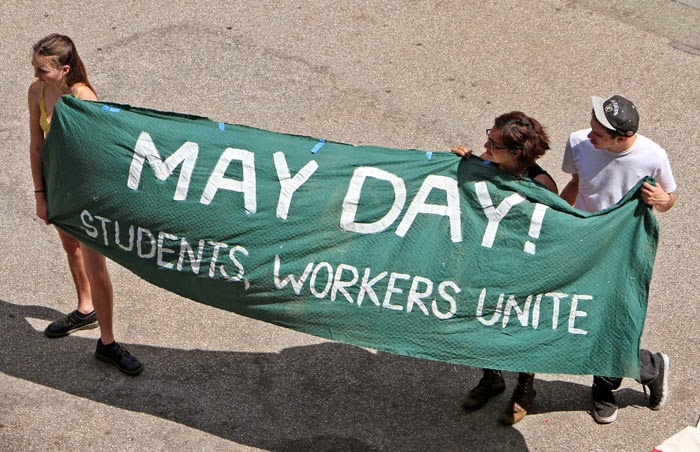 May Day is International Workers Rights Day. Since 2006, the workers holiday and day of activism has also become focused on international immigration justice.

At the UC Santa Cruz rally, individuals spoke at Quarry Plaza, and a small group also worked on a decorating a large new banner that read "Education Not Exploitation." One undocumented student spoke about her experiences at UCSC, and several other students spoke about relatives who were undocumented and how it affected their education.

Michelle Glowa, a graduate student and one of UCSC's contract negotiators for UAW, spoke and began by highlighting the most recent victory for workers at the university.

"We just won the right on this campus to represent readers and tutors, so undergraduate students who are working are now going to be part of our union," Glowa said. "If you are working next year, come join us!"

Graduate Student Workers have been without a contract since September, and in addition to attempting to negotiate with the university over wages and health care, they are fighting for the rights of undocumented graduate students.

"One of our biggest demands, that we will not settle a contract without making serious progress on, is the rights of undocumented graduate students," Glowa said.

She went on to explain how graduate students without documentation are asked to work without pay and that they are not able to work as Teaching Assistants, which is how most graduate students fund their education.

Additionally, Glowa criticized Janet Napolitano for militarizing the UC Santa Cruz campus during the April 2-3 UAW strike where riot police were deployed. As a result, 22 students who were attempting to maintain a peaceful picket line were arrested. Glowa urged individuals to call campus provost Allison Galloway to demand all of the charges be dropped against the students, who are now known as the UCSC 22, before their arraignment on May 6 in Santa Cruz Superior Court.

Glowa concluded her remarks by emphasizing the need for students to say no to a, "racist, militarized university." 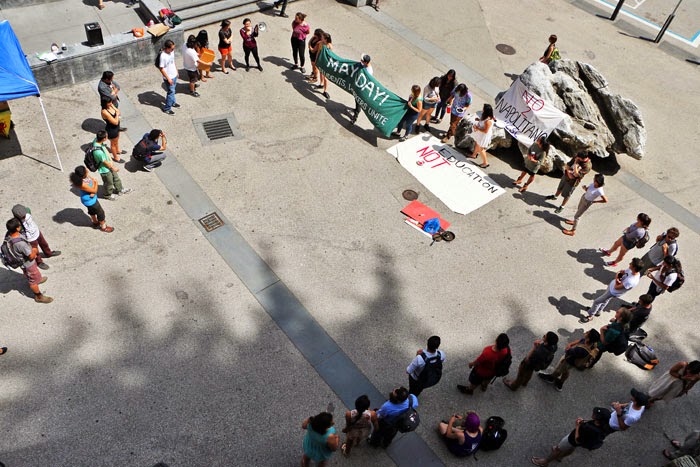 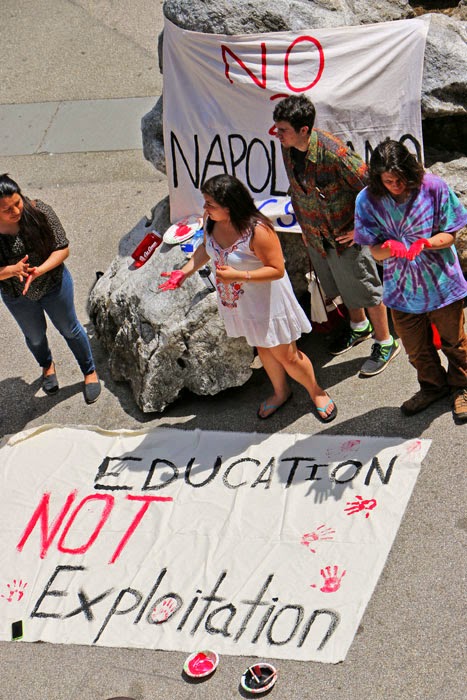 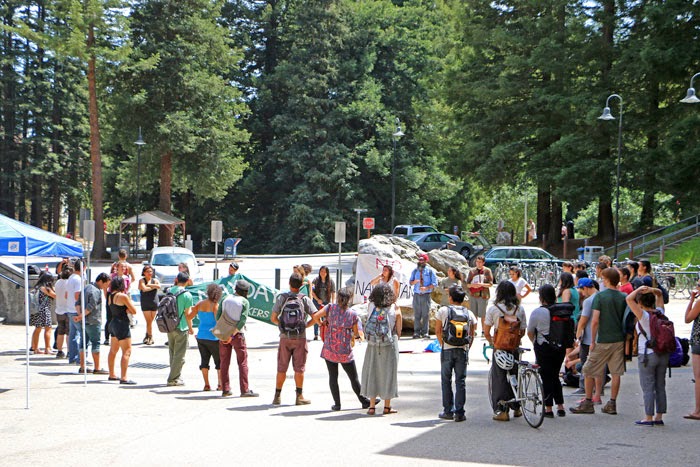 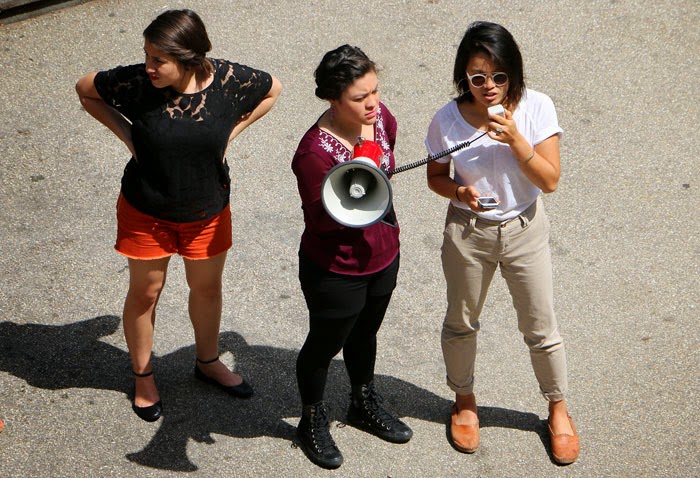 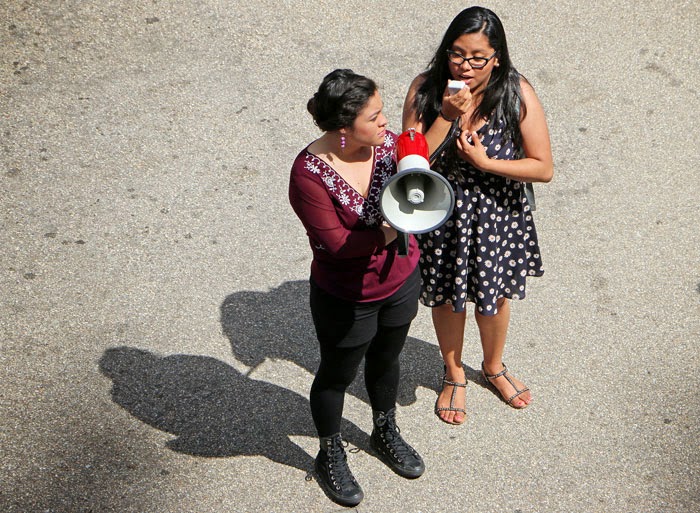 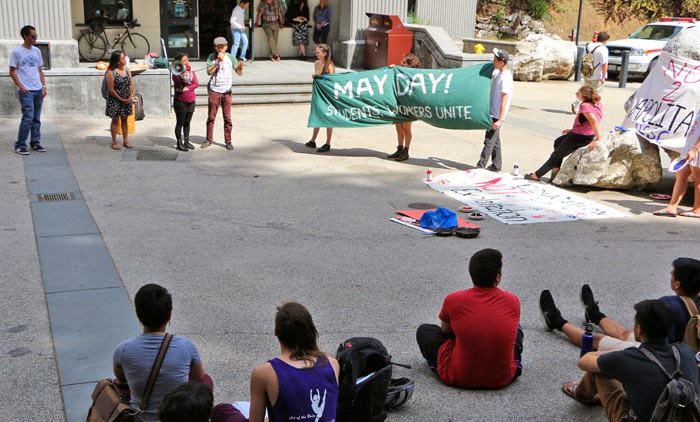