Idle No More and Respecting Mother Earth in Hollister

On April 27 community members in Hollister gathered in solidarity with the Idle No More movement and First Nations people. Organizers of the gathering asked supporters to, "join the Communities of hollister as we gather with songs and prayers in solidarity with our Northern Brothers and Sisters and all Indigenous People."

"When we are coming out here today it is very important to make an awareness about respecting Mother Earth and protecting her, you know, she's getting raped everyday," one of the women who organized the gathering said.
"People think that she's going to be there forever, but she's not, if we don't protect her today and tomorrow and in the future we won't have a future. Our future generations won't have Earth, or water, or air, or land to grow anything...if we look everyday we see how polluted the air is...we cant even drink water in the rivers."
She emphasized that, "all nations are in this battle together."
The gathering was held at the busy corner of 4th and San Benito Streets in downtown Hollister, which at a population of just over 35,000, is the largest city in the very rural San Benito County.
Individuals held signs with statements such as "No XL Pipeline," "Earth is Everyone," "Ohlone Territory," "Honk for Indians," "Desocupada No Mas," and "Idle No Mas."
One reason organizers say they held the gathering in the specific location of 4th and San Benito was because of the large "masonic temple" that overlooks that part of the downtown, and how little has changed in the area in recent memory.
Frankie, who also spoke, described the Idle No More movement as part of a "global consciousness" that has emerged to combat a variety of problems facing the United States, Canada, and more broadly, the planet.
"This is a war, an attack on Mother Earth," Frankie said, He then went on to discuss the Keystone XL pipeline, The BP oil spill, the Fukushima nuclear disaster, and how disrespecting treaty rights in the United States and Canada have contributed to those problems.
He also compared the spread of the round dances of the Idle No More movement to how the circular-style Ghost Dance spread across Indigenous communities in the United States beginning in the late 19th century. "The government didn't like...us dancing, so they sent people to kill us, they sent the calvary."
He thanked the female organizers of the Hollister gathering, and praised Idle No More's focus on women taking leadership roles, saying, "this is the idea of what we should become...to become compassionate, healing, nurturing, and loving, and peaceful as the female spirit, concerned with all around us."
"We are living on Mother Earth, a female entity that nurtures all life around us," he said.
"Mother Earth is going to cleanse herself really soon from this destruction." 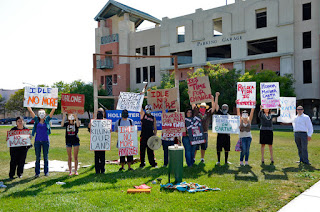 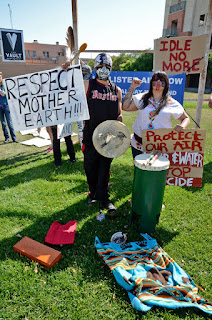 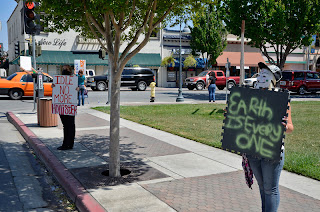 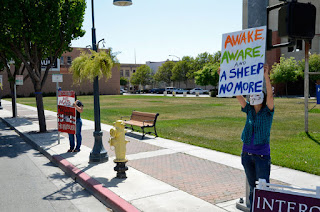 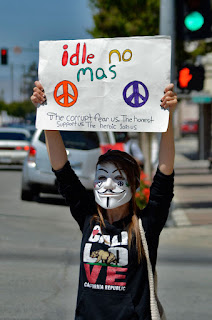 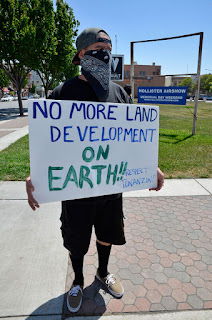 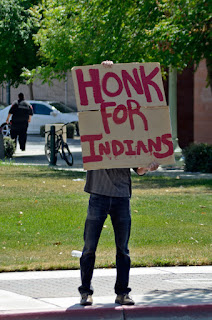 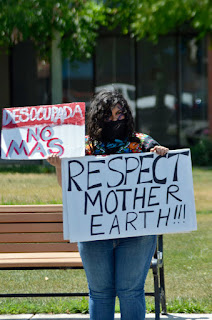 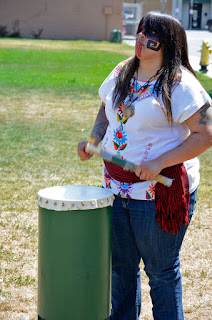 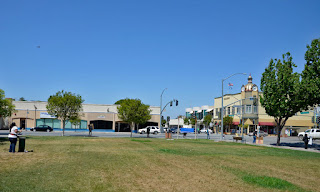 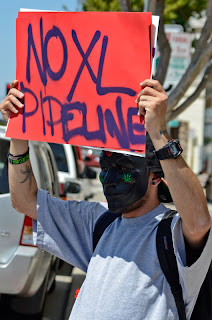 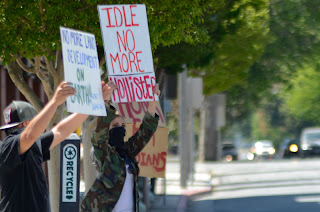 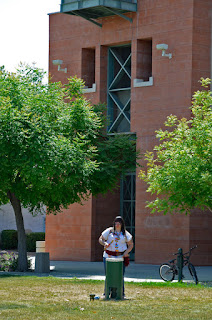 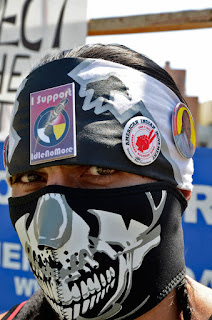 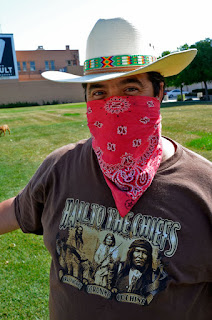 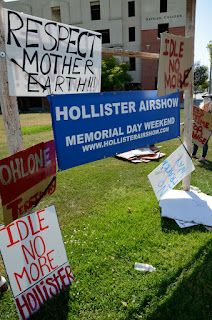 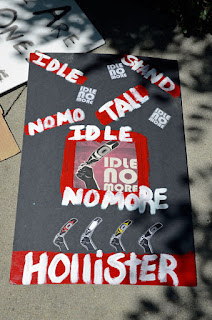