On March 1, community members from a number of peace groups joined the Women in Black during their weekly vigil on the corner of Cooper St and Pacific in Downtown Santa Cruz to display the names of some of the children killed by U.S. drone strikes, and to send a strong message to President Obama and the government to "ground the drones," and to, "stop killing children and other innocent people." 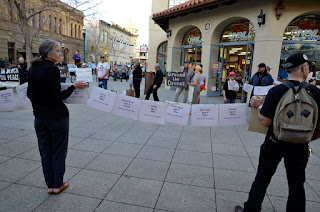 Individuals held placards with the names of over 150 children killed by U.S drone attacks, and emphasized that they represented only a small portion of those killed. The names complied were mostly children from Pakistan and Yemen. One of the organizers, Sherry Conable, noted that though they extensively researched U.S. drone strikes in Afghanistan as well, information on how many children were hit, and the exact details of the attacks, has been hard to come by.

According to organizers, under the command of President Obama, and implemented by the CIA, hundreds of children and civilian adults have been killed and maimed by drones (robotic planes) in Pakistan, Afghanistan, Yemen, and Somalia.

The rally was cosponsored by CodePink Santa Cruz, People United for Peace of SC, Peace and Freedom Party SC, and the Resource Center for Nonviolence.

Women in Black of Santa Cruz have been holding weekly peace vigils locally since the start of the war in Iraq in 2003.

Women in Black of Santa Cruz gather every Friday from 5-6pm at the corner of Cooper St and Pacific Ave in Santa Cruz. 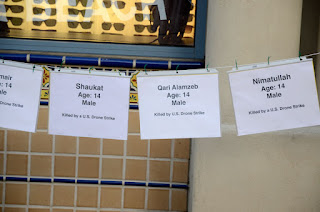 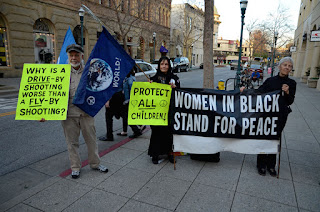 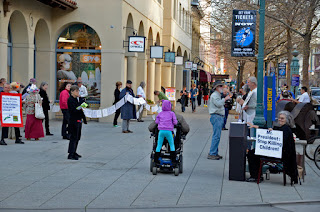 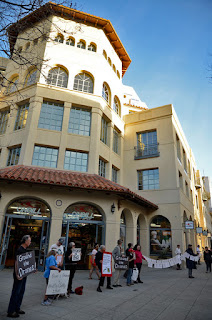 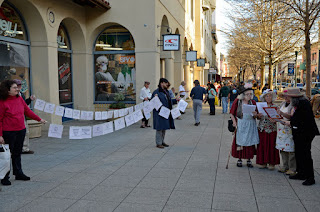 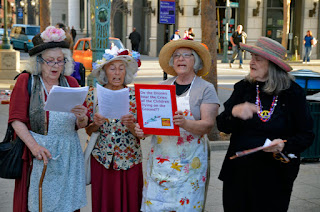 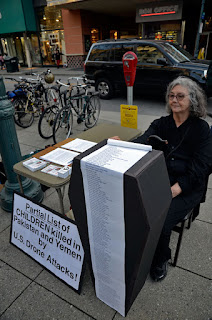 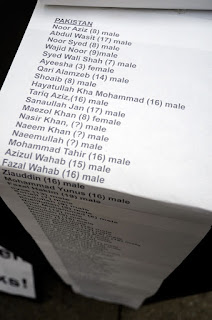 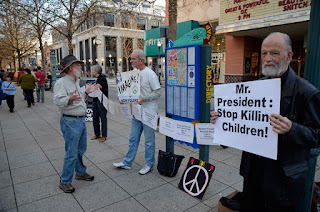 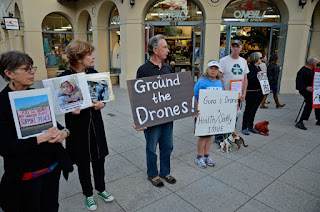 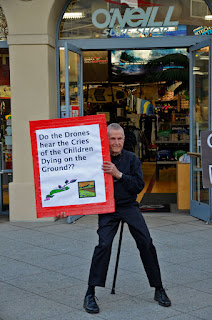 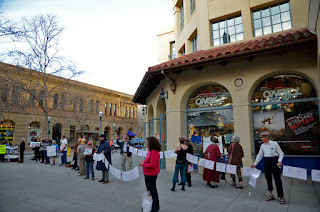