A demonstration was held in downtown Santa Cruz on July 28 to protest Israel's continued assault on Gaza and the people of Palestine. After rallying at the Town Clock, where many of the names and ages of Palestinians killed were displayed on placards, community members marched to the Cooper House on Pacific Avenue where a die-in was staged. Individuals laid down on the sidewalk and their bodies were outlined in chalk as organizers read the names and ages of Palestinian children killed since the war began on July 8. 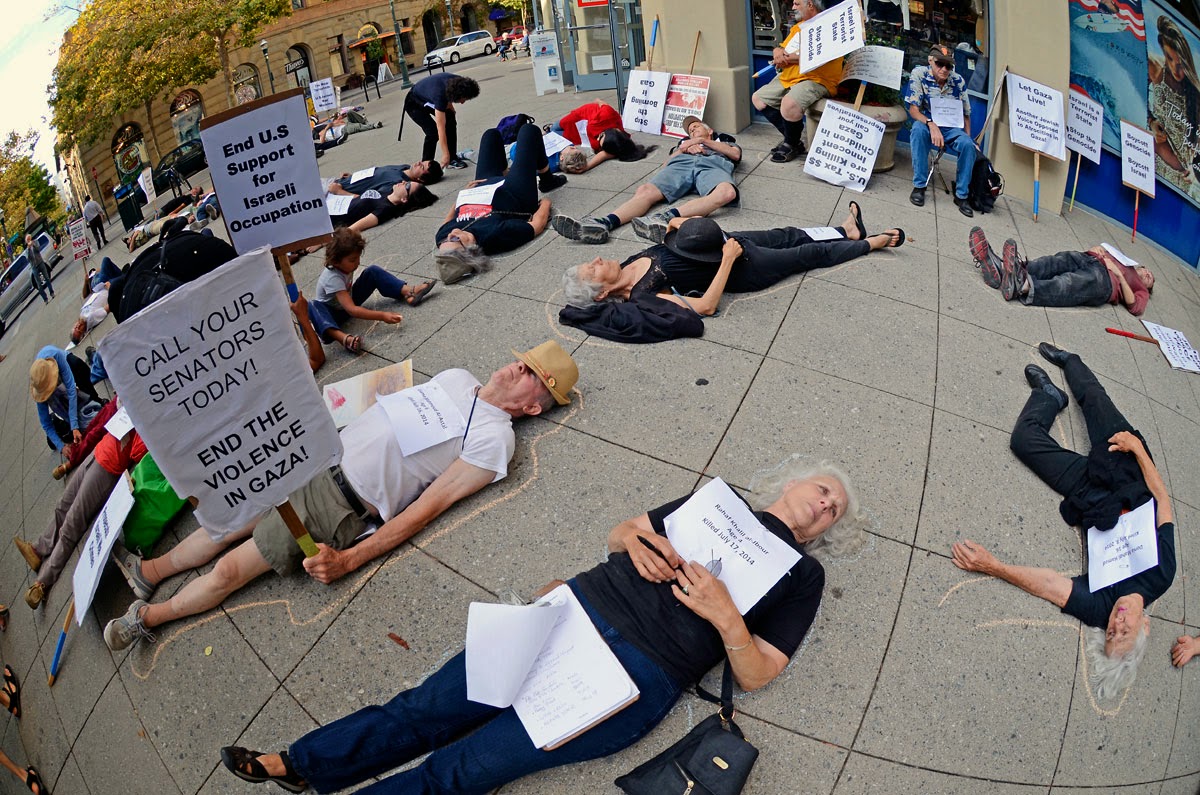 A press release announcing the demonstration stated: "The Santa Cruz community is calling for an end to the 7-year siege and Genocidal assault on Gaza by Israel's military, fully funded and supported by the U.S. president, congress and senate. Santa Cruz demands an end to ongoing U.S. covert operations in Iraq and Syria. More than 50% of the populations in these regions are children. War is being waged on children with our tax dollars."

"Violence on this scale has forced us into a situation in which complacency and silence is an act of complicity in violence. Our small town joins thousands of others all across the United States and the Globe to reject the massacre in Gaza," said Kali Rubaii, a UCSC graduate student who attended the demonstration.

Participants in the rally included UCSC students, members of the Palestine Israel Action Committee, Jewish Voice for Peace, Veterans for Peace, Association of Filipinas, Feminists Fighting Imperialism, Re-feudalization, and Marginalization (AF3IRM), several faith groups, as well as individuals from a variety of other local anti-war organizations. 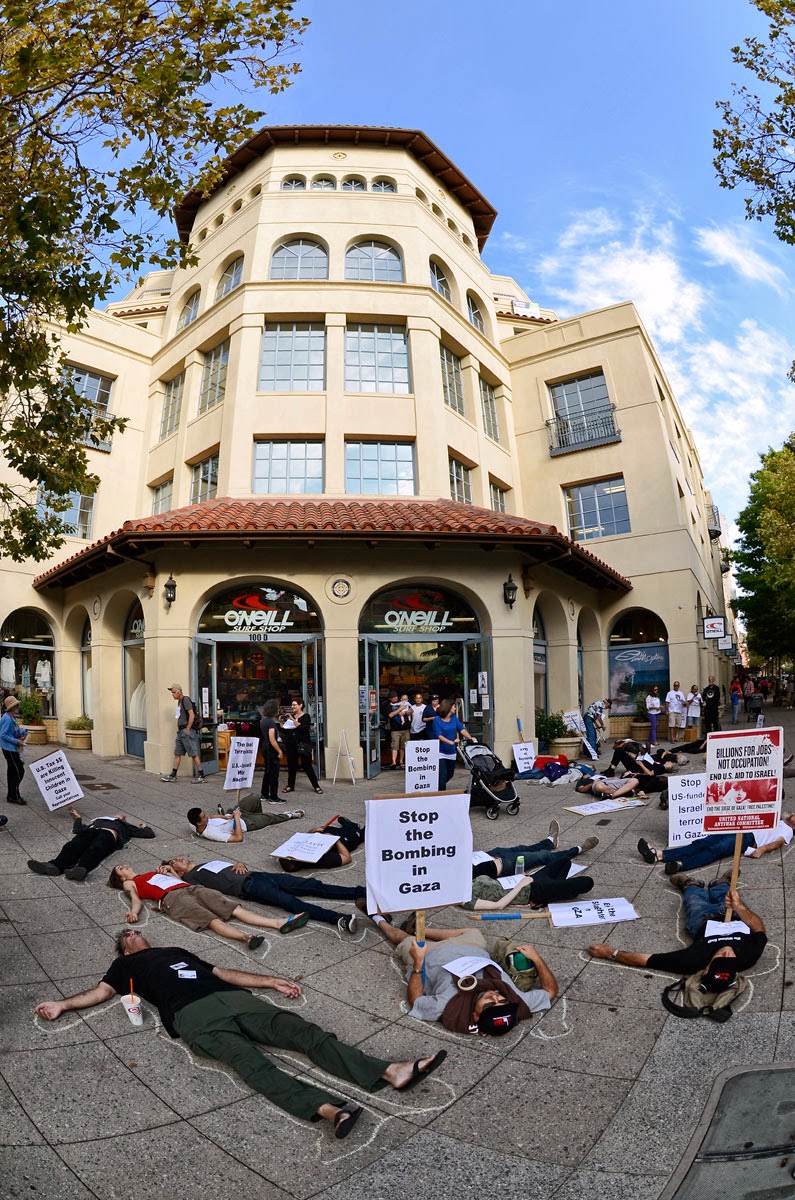 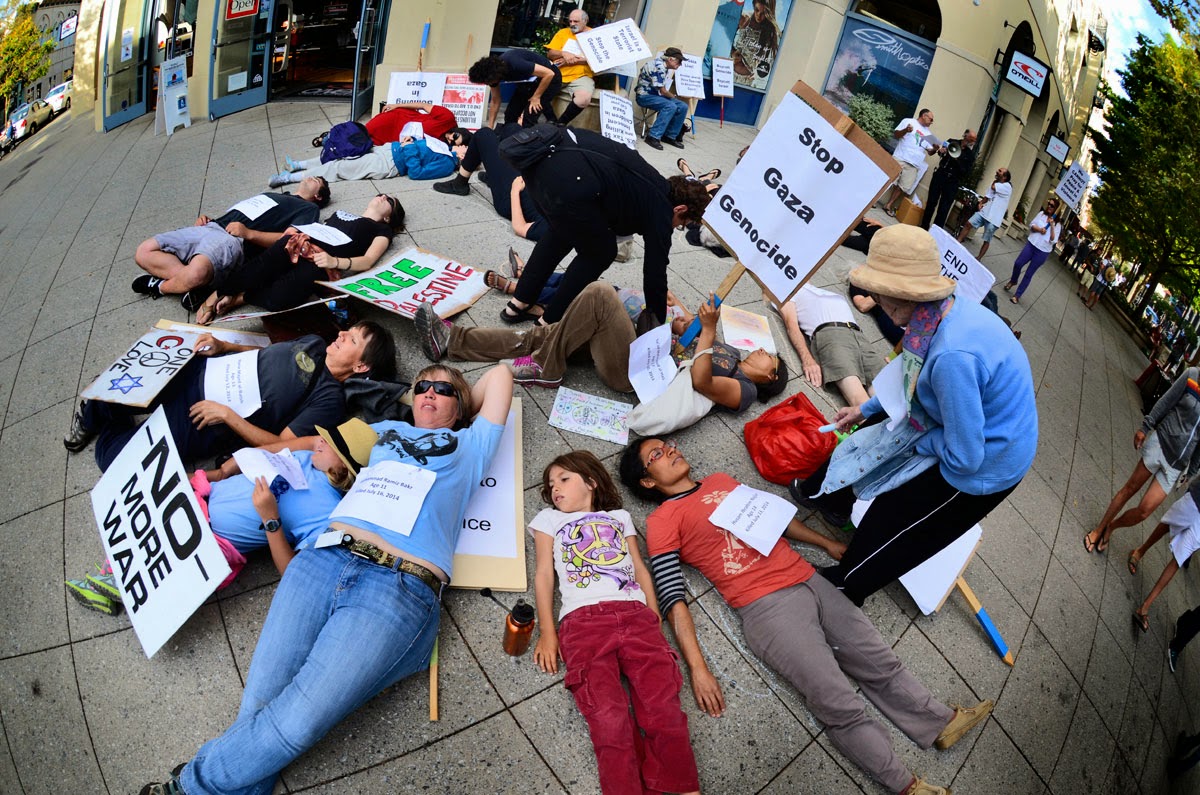 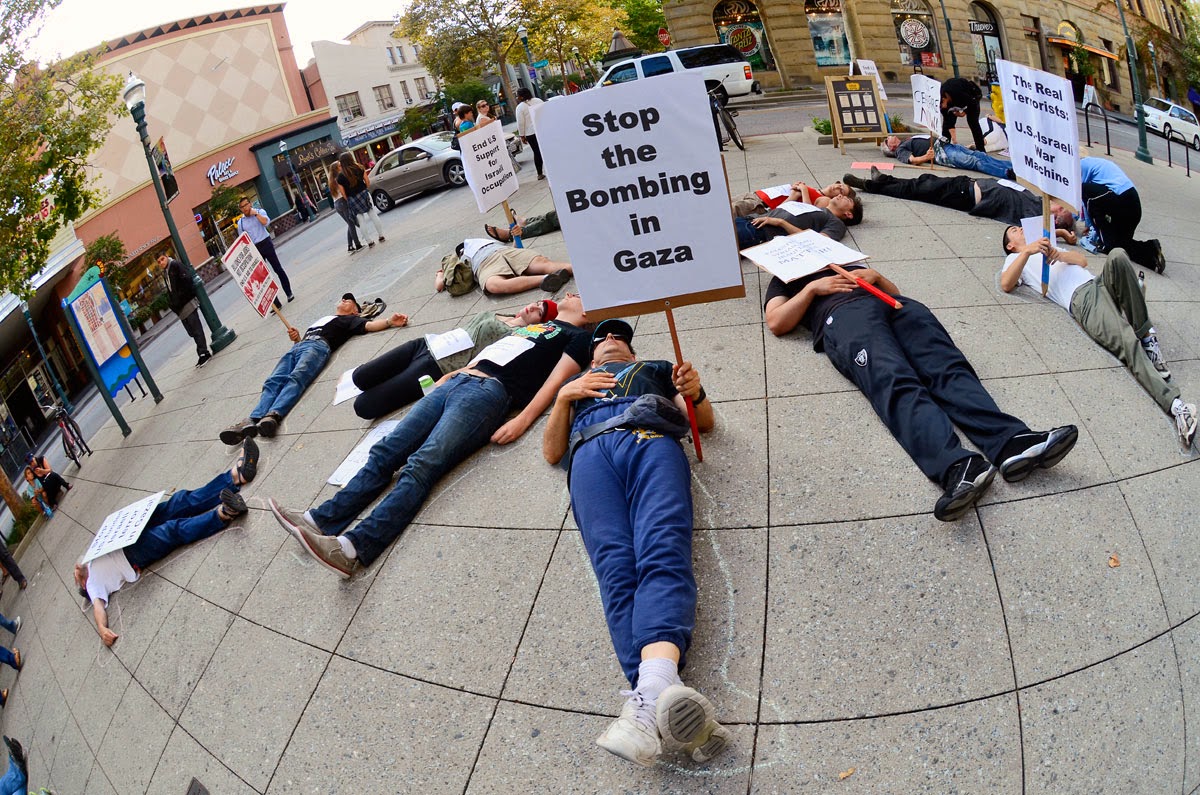 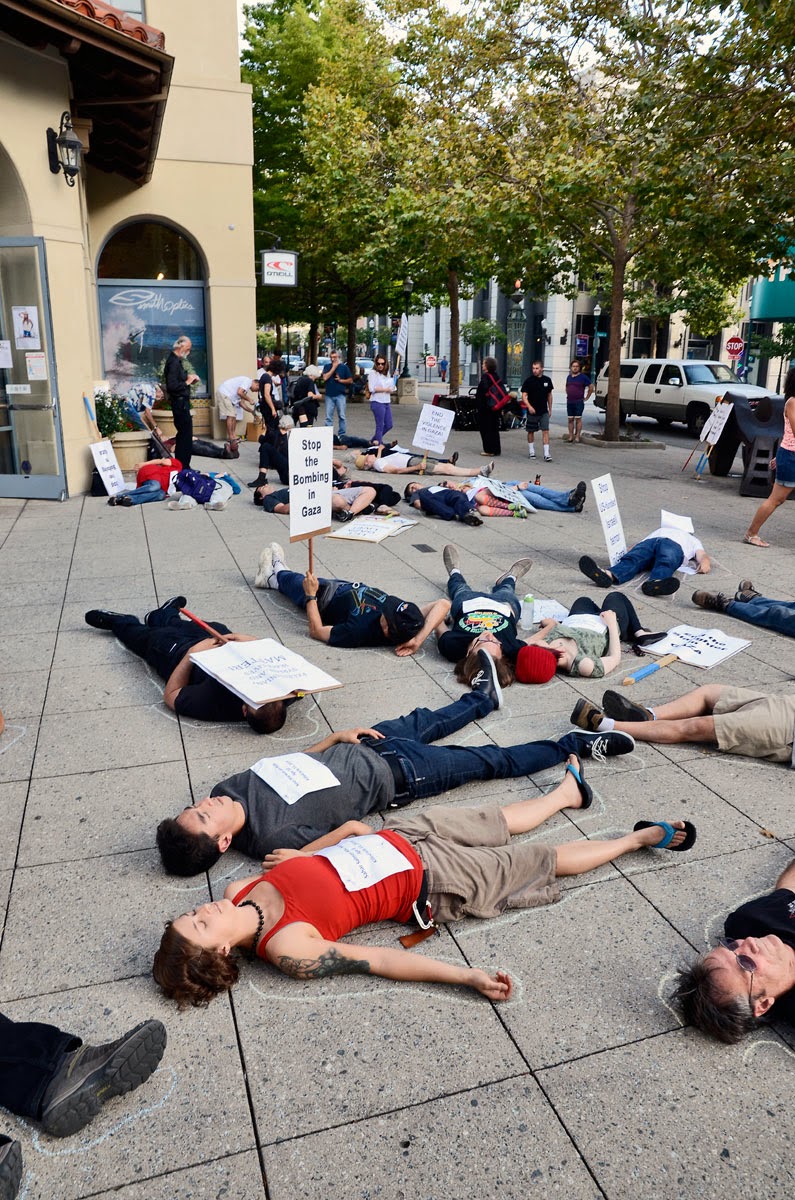 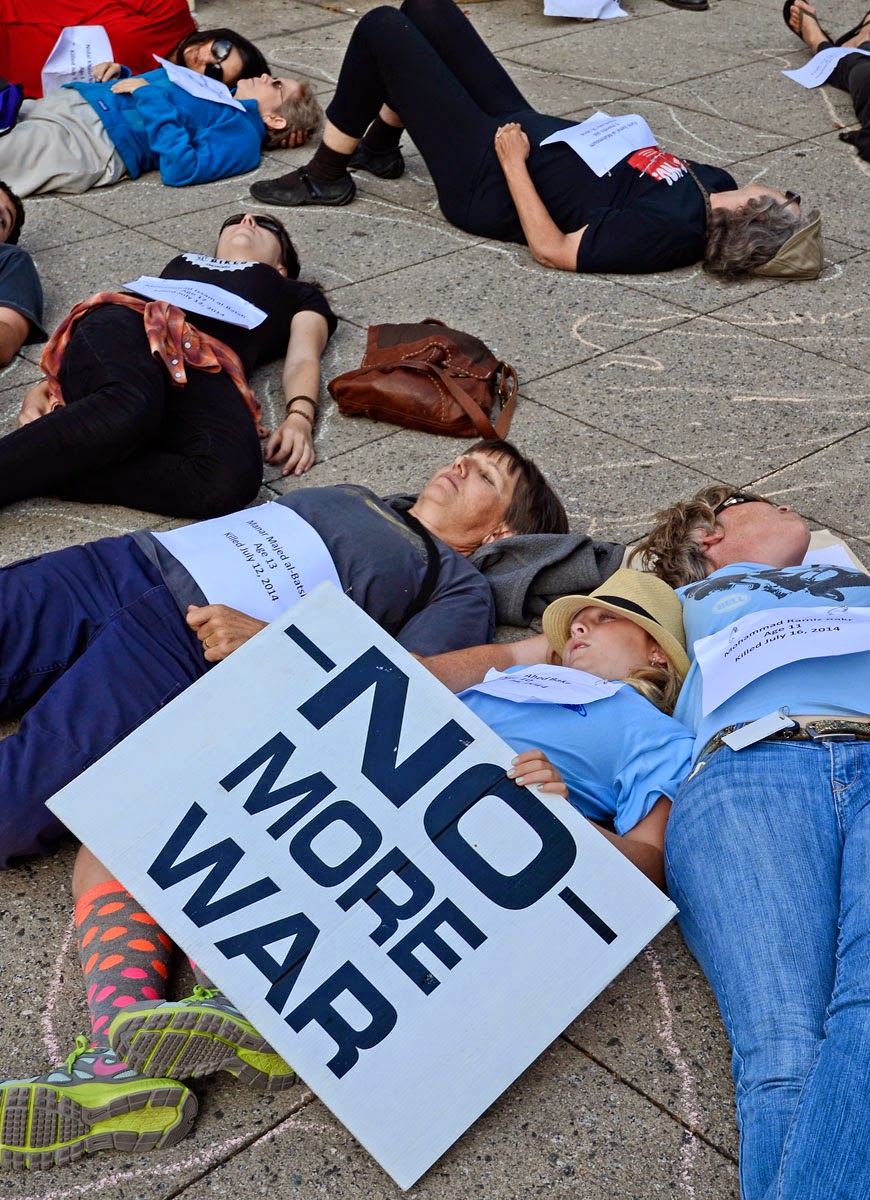 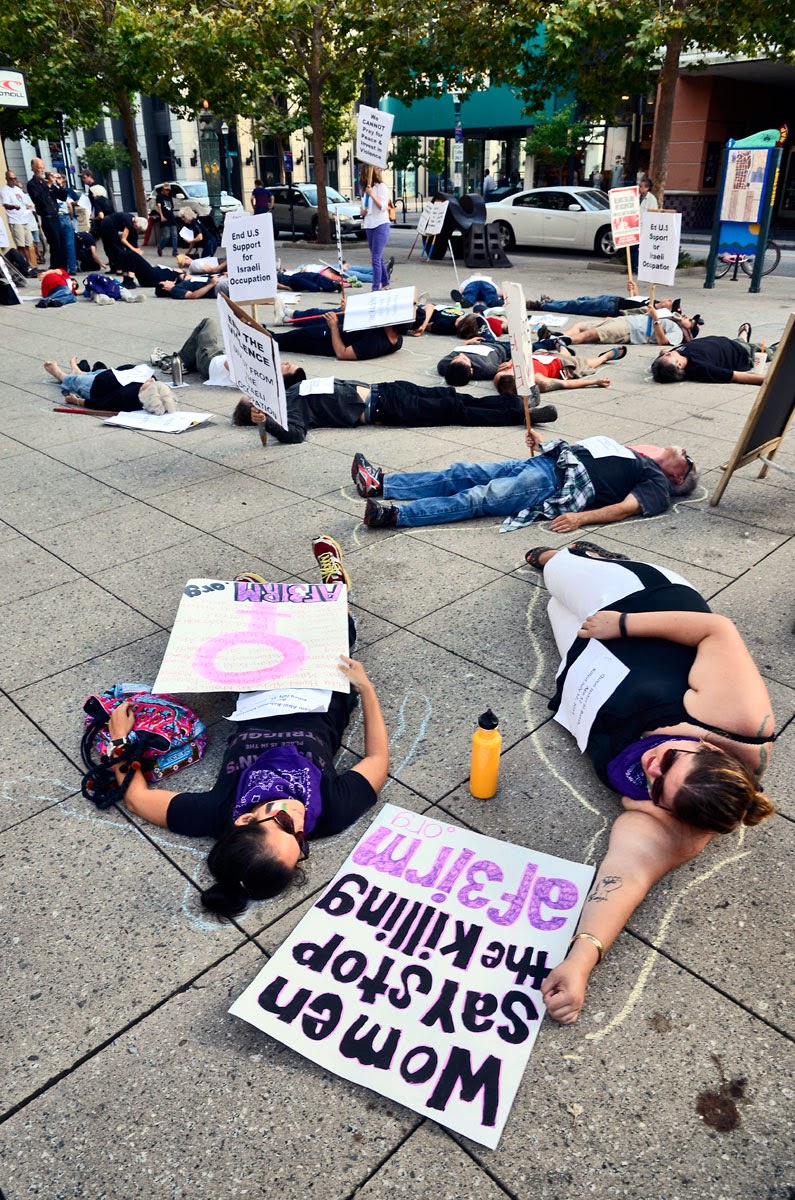 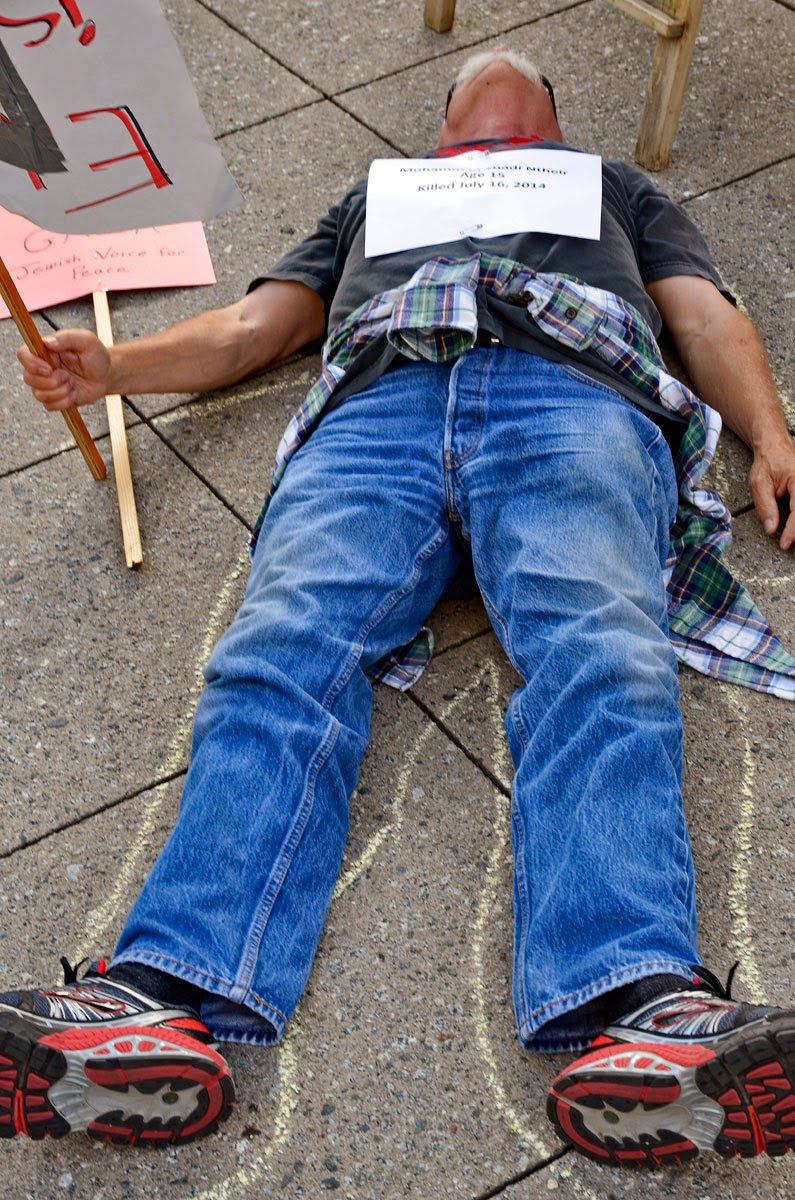 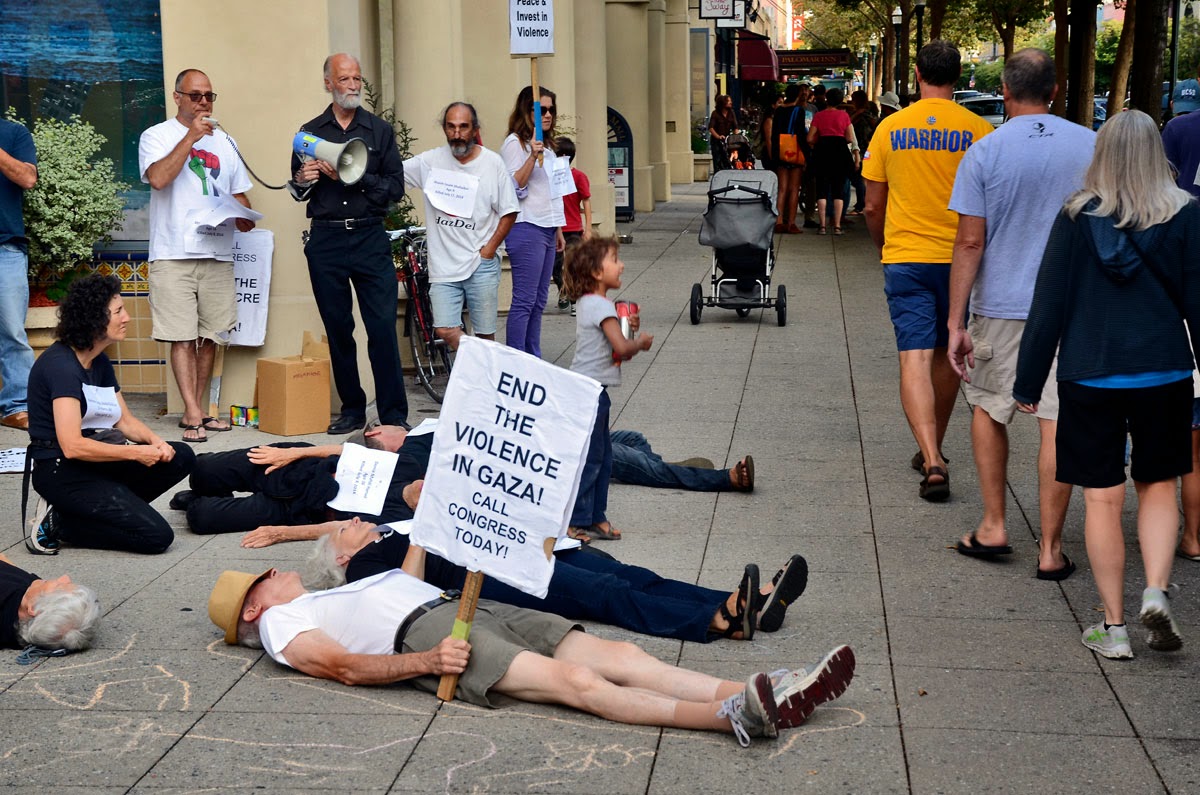 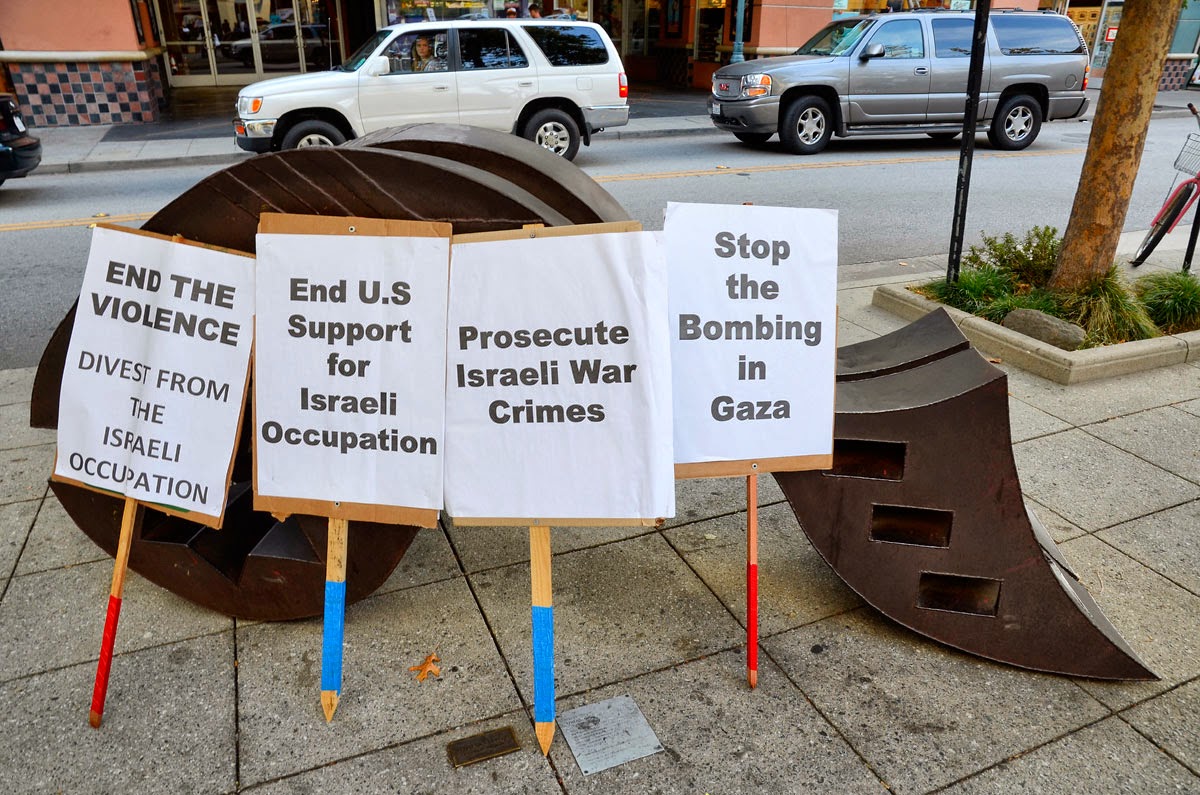